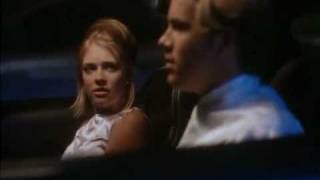 Being a teenager is hard enough without any supernatural intervention, but life becomes a lot more complicated for 16-year-old Sabrina (Melissa Joan Hart) when she learns she is half-witch, half-mortal. With the help of her aunts and fellow witches, Hilda and Zelda (Caroline Rhea and Beth Broderick), as well as a wisecracking cat named Salem, Sabrina learns how to use her magical powers while navigating the usual pratfalls of adolescence with charming aplomb. This collection presents the second season of SABRINA THE TEENAGE WITCH in its entirety.