Entertainment Weekly: "Tuneful and gently flowing, MOJO is endowed by the qualities diehards expect..." -- Grade: B 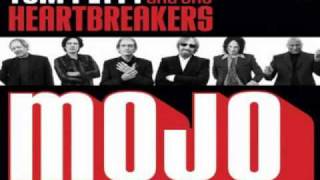 No Reason To Cry - Tom Petty and the Heartbreakers (Music Video) 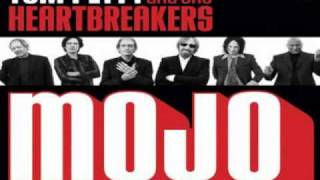 High In The Morning - Tom Petty and the Heartbreakers (Music Video)

Rolling Stone - p.75
4 stars out of 5 -- "MOJO is dynamite....The performances are natural knockouts -- cocksure grooves, pithy knife-play guitars and little overdub fuss -- worked up, then nailed, some on the first full take..."
Entertainment Weekly - p.97
"Tuneful and gently flowing, MOJO is endowed by the qualities diehards expect..." -- Grade: B
Uncut - p.102
3 stars out of 5 -- "'Jefferson Jericho Blues' is an irresistible opener, a pugnacious choogle in the style of Dylan circa HIGHWAY 61 REVISITED."
Billboard (p.40) - "It's not news that these guys rock, but on their first new album in eight years the Heartbreakers have their MOJO working like they never have before -- which is a fine thing indeed."
Mojo (Publisher) - p.96
4 stars out of 5 -- "15 crunching, clever, moving tracks....'I Should Have Known' is a leg-trembling Led Zep rocker, with Petty primal and vengeful..."
Paste (magazine) - "The album may be the loosest of his career, an unfussy, shuffle-mode assortment of blues-infused jams and steel guitar-haunted ballads..."

Personnel: Tom Petty (vocals, guitar); Scott Thurston (guitar, harmonica); Mike Campbell (guitar); Benmont Tench (piano, organ); Steve Ferrone (drums, percussion).
Audio Mixer: Ryan Ulyate.
Recording information: The Clubhouse, Los Angeles (04/28/2009-01/11/2010).
Photographer: Sam Jones .
Tom Petty has been fronting the Heartbreakers off and on (mostly on) for over 30 years now, and he and his band have been delivering a high level of no-frills, classy, and reconstituted American garage rock through all of it. Petty often gets lumped in with artists like Bruce Springsteen, whose careful and worked over lyrics carry a kind of instant nostalgia, but Petty's songwriting at its best cleverly bounces off of romance clich‚s, often with a desperate, lustful drawl and sneer, and he's usually more concerned with the here and now than he is about musing about what's been abused and lost in contemporary America. Petty has always been more immediate than that -- until now, that is. Mojo is Petty's umpteenth album, and technically, the first he's done with the Heartbreakers since 2002's sly The Last DJ. This time out, he's tackling the blues, trying to graft the Heartbreakers' (Mike Campbell on guitar, Scott Thurston on guitar and harmonica, Benmont Tench on keyboards, Ron Blair on bass, and Steve Ferrone on drums) patented '60s garage sound to the Chicago blues sound of Chess Records in the '50s. Sonically it certainly works, mostly because this is a wonderful band, but it seems a little tired, worn, and exhausted in spots, and there's a regretful and meditative tone to so many tracks here, which is not what one expects from a band as vital as this one. But the playing is solid, especially Campbell's clear and precise slide guitar leads, and if things don't always gel to the level of either the classic old Chess sides or this band's own impressive legacy, the good news is that the group will tour it, and this is as good a rock band as there is in the land. ~ Steve Leggett

Tom Petty
The Best of Everything: The Definitive Career Spanning Hits...
$19
Add to Cart