Jeopardy - An Inside Look at America's Favorite Quiz Show! 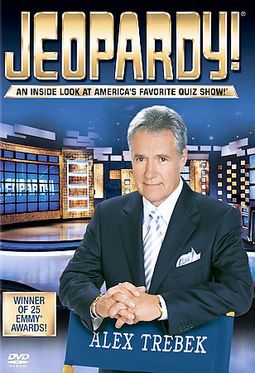 The long-running trivia show JEOPARDY! has remained among the most popular of its ilk since its inception, and this release gives fans the inside scoop they've always wanted. The collection includes five of the most beloved episodes, among them the first JEOPARDY! show, which aired in 1984. In another favorite, Ken Jenning's monumental 75th and final game sees him lose to Nancy Zerg, but he still manages to walk away with over $2 million. The three-day Ultimate Tournament of Champions Finals Game, featuring Brad Rutter, is included in its entirety, as well as a special documentary on the show. The latter features interviews with writers, producers, and the Clue Crew, who answer all your JEOPARDY! questions.

Midnight Movies: From the Margin to the Mainstream
$8 Super Savings
Add to Cart
(4,200+)