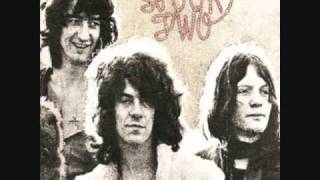 Four of the 13 tracks on Island's The Best of Spooky Tooth come from 1969's Spooky Two album, while the remaining tracks represent the band's less celebrated material. Spooky Tooth's mellow, easy blues-rock sound is experienced from the first track, a slick rendition of John D. Loudermilk's "Tobacco Road." Most of the band's peak material is included here, like "Better by You, Better by Me" and "Evil Woman." The dreamy, psychedelic-tinged "It's All About a Roundabout" is one of the album's best songs, proving the band could be adventurous at will. Much in the same manner is "As Long as the World Keeps Changing," with its hippie-like hallucinatory feel. Versions of the Beatles' "I Am the Walrus" and the Band's "The Weight" are covered peculiarly, but not terribly, chock full of Spooky Tooth's own laid-back formula. Missed is the greyish "Hangman Hang My Shell on a Tree" from Spooky Two, which would have made a nice addition to the set. Nevertheless, this best-of does present listeners with Spooky Tooth's most worthwhile songs. The band's unconventional sound and eased style is prevalent on each of the tracks offered here. ~ Mike DeGagne

Spooky Tooth
The Best of That Was Only Yesterday (CD)
$16.30
Add to Cart

Spooky Tooth
The Mirror
$11.98 on Sale
Add to Cart

Spooky Tooth
You Broke My Heart So I Busted Your Jaw
$11.98 on Sale
Add to Cart