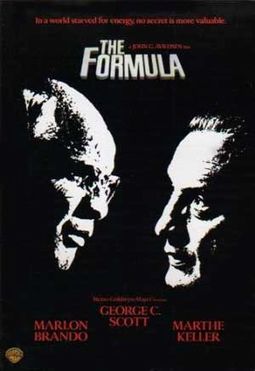 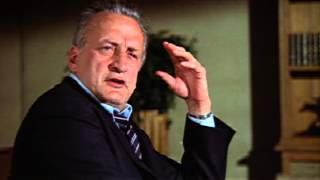 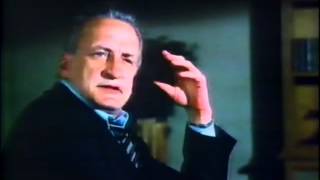 Director John G. Avildsen's mystery thriller, adapted by Steve Shagan from his best-selling novel, stars George C. Scott as police officer Barney Caine, who uncovers a mysterious secret while investigating the murder of a friend. During World War II, a German general had in his possession a valuable formula for synthetic fuel. He was kidnapped by U.S. major Robin Clarke, who stole the secret. Decades later, Clarke is murdered, and the documents that contain the formula disappear once again. Caine sets out to solve the murder and find the missing papers. During his investigation, Caine discovers that his buddy engaged in numerous underhanded activities and that the people he questions develop a strange habit of dying violently. In his struggles to unearth the truth, Caine comes face-to-face with powerful oil magnate Adam Steiffel (Marlon Brando), who will stop at nothing to keep the top-secret formula hidden. A daring suspense film, THE FORMULA highlights the charismatic acting of Scott and Brando.

In THE FORMULA, Officer Barney Caine investigates the murder of a friend that leads him to a 40-year-old secret kept hidden from the public by an international oil cartel--a cheap method to make synthetic gasoline.

16%off
The List of Adrian Messenger
$8.40 Super Savings
Add to Cart