Abbott & Costello Lost in a Harem / Abbott and Costello in Hollywood 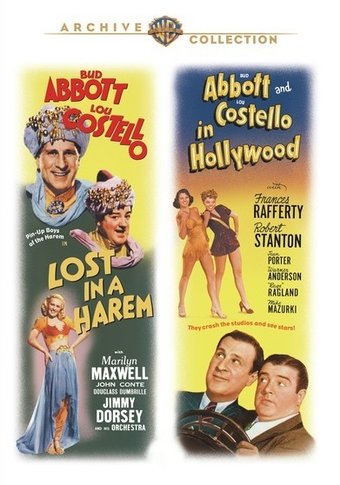 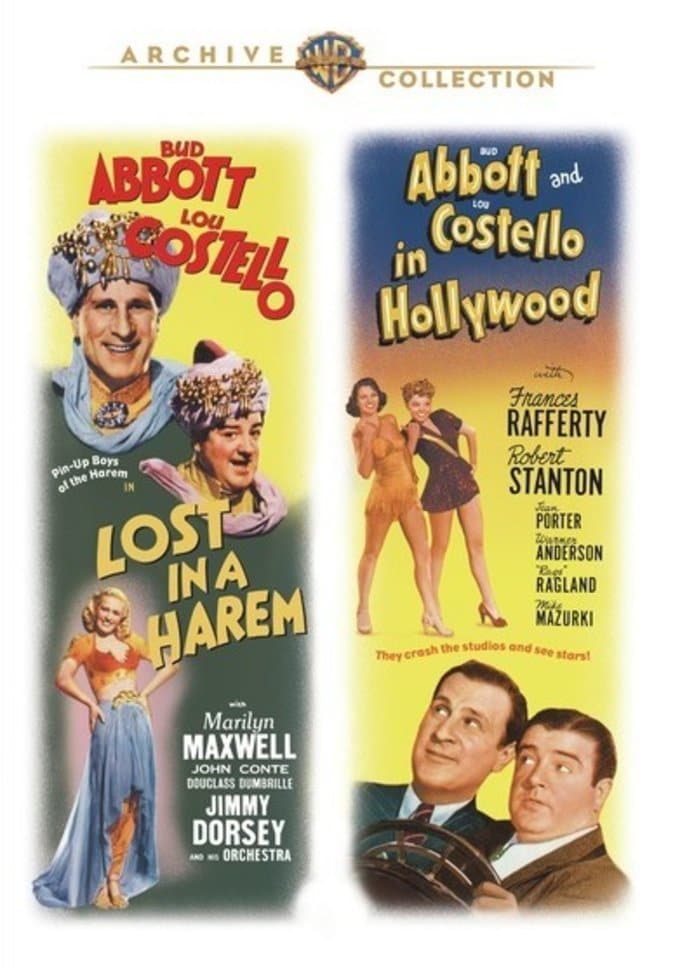 Buzz (Bud Abbott) and Abercrombie (Lou Costello) work in a Tinseltown hair salon, where they usually just take a little off the side. But why not take 10% off the top instead? So the fellas become movie talent agents, setting in motion the lights-camera-comedy antics of Abbott and Costello in Hollywood, which include Costello being mistaken for a prop dummy during the filming of a saloon brawl, Bud and Lou coping with insomnia, and a pursuit finale in the cars and on the tracks of a roaring roller coaster.

Also included is Lost in a Harem. Locked in is more like it, as the two land twice in the hoosegow, where their timing, repartee and monkeyshines shine. Douglass Dumbrille plays the evil potentate who uses hypnosis against the boys – making this a tale of Arabian daze and nights.
This product is made-on-demand by the manufacturer using DVD-R recordable media. Almost all DVD players can play DVD-Rs (except for some older models made before 2000) - please consult your owner's manual for formats compatible with your player. These DVD-Rs may not play on all computers or DVD player/recorders. To address this, the manufacturer recommends viewing this product on a DVD player that does not have recording capability.