Get email alerts for Boz Scaggs
31 ratings
Currently Out of Stock: We'll get more as soon as possible
Notify Me When Available
Add to Wishlist
Format:  CD  (2 Discs)
sku:  D6X5
Related products:
Playlist: The Very Best of Boz Scaggs for $6.97
Boz Scaggs: Hits! for $6.97
92% recommend us! 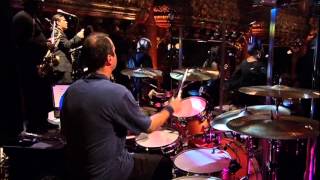 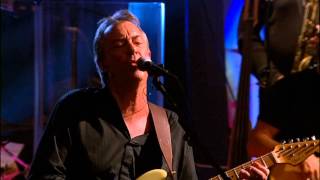 Personnel: Boz Scaggs (vocals, guitar); Matt Bissonette (bass instrument); Ms. Mon‚t (background vocals); Drew Zingg (guitar); Charles McNeal (saxophone); Richard Armstrong (trumpet); Jim Cox, Michael Bluestein (keyboards); John Ferraro (drums); Barbara Wilson (background vocals).
Audio Mixer: Tom Sterling.
Recording information: Great American Music Hall, San Francisco, CA.
In 2004 Boz Scaggs released his first, and what is likely to be only, officially sanctioned live disc in an extensive career. With 35 years of experience and 13 albums of material to choose from, it also substitutes as a reasonable best-of, although Sony/Legacy's 1997 double set My Time did an excellent job of recapping his studio hits. Even if it's a byproduct of the associated DVD recorded at the same August, 2004 San Francisco gig, this is a lively and professionally performed show that makes up in soul what it lacks in spontaneity. Live hits' discs coming in the twilight of the artist's career are typically dicey affairs, often used as a backdoor way for a new label to release some of the act's best material, the originals of which they do not have rights to. While that may be the case here, this is far from a fast way to make a few bucks off Scaggs' catalog. The seven-piece band (plus two backing vocalists) offer perfect, occasionally inspired renditions of a relatively unsurprising set list. The show is a terrific mix of the lovely, but sometimes sappy Scaggs ballads such as "Heart of Mine," "We're All Alone," "Slow Dancer" and "Look What You've Done to Me" with the blue-eyed funk-pop of "Lowdown," "Jojo," "Georgia," and "Lido Shuffle." The songs that ultimately work the best and are the loosest are the blues-based tracks, in particular a sumptuous version of Bobby "Blue" Bland's "Ask Me 'Bout Nuthin' but the Blues," and nearly a half-hour on disc two dedicated to the jazzy jump blues of "Runnin' Blue" and a fiery "Loan Me a Dime." Scaggs is in terrific voice throughout, the band adapts remarkably well to a varied set list and the live sound is crisp but not sterile. Many of the arrangements, especially of the pop songs, don't differ substantially from the originals, but the effect is lively and with slightly more drive due to the live setting. The rather forced between-song patter very present in the DVD is edited out for the audio version, which provides a better musical flow. Some of these songs never charted, and were not even particularly popular. Many tracks from My Time and even three from the slimmer Hits! collection are missing. But these are minor complaints for an extremely well produced, immaculately played, stylishly presented and dynamic look at Scaggs' diverse catalog. ~ Hal Horowitz