The Rolling Stones Bridges To Babylon 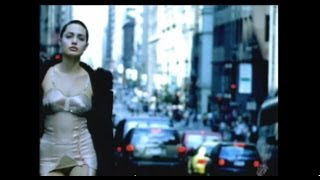 The Rolling Stones: Mick Jagger (vocals, acoustic & electric guitars, harmonica, keyboards, shaker); Keith Richards (vocals, acoustic & electric guitars, piano); Ronnie Wood (electric, slide & baritone guitars, pedal steel, dobro); Charlie Watts (drums).
Additional personnel includes: Waddy Wachtel (acoustic & electric guitars, background vocals); Danny Saber (guitar, Clavinet, keyboards, bass); Wayne Shorter (soprano saxophone); Blondie Chaplin (piano, bass, percussion, background vocals); Benmont Tench (piano, Hammond B-3 & C-3 organs, keyboards); Don Was (Wurlitzer piano, keyboards, bass); Billy Preston (Hammond B-3 organ); Darryl Jones, Doug Wimbush (bass, background vocals); Me'Shell Ndegeocello (bass); Jim Keltner (percussion, background vocals).
Producers include: The Glimmer Twins, Don Was, The Dust Brothers.
Engineers include: Rob Fraboni, Ed Cherney, Jim Scott.
BRIDGES TO BABYLON was nominated for a 1998 Grammy for Best Rock Album. "Anybody Seen My Baby?" was nominated for a 1998 Grammy Award for Best Pop Performance By A Duo Or Group With Vocal.
Kicking off with Charlie Watt's whip-smart timekeeping, BRIDGES TO BABYLON finds the Rolling Stones swaggering towards the millennium with a record that confidently asserts that rock & roll is far from a young person's game. Don Was returns behind the boards, and joining him at Mick Jagger's behest are uber-technophiles The Dust Brothers. Rather than leaping headlong onto an ill-fitting bandwagon, The Stones wisely gild their rock & roll lily with subtle electronic nuances. The sampled rap tossed into the noirish mood of "Anybody Seen My Baby?" and the swooshing laser sounds of "Might As Well Get Juiced" are present-day window dressing for a legacy deeply rooted in rhythm and blues.
The Stones stop long enough to cleverly acknowledge their past by dropping a harp playing the main riff of "Papa Was A Rolling Stone" into the mid-tempo "Out Of Control" and using "Saint Of Me" to revel in their bad-boy persona. Keith Richards remains the soul of the Stones. His riffing and his endearing rasp continue to stand out, and his crooning on "You Don't Have To Mean It" demonstrates his deep love of reggae. The emotive one-two punch of "Thief In The Night" and "How Can I Stop" shows Keef to be a closet romantic camouflaged by a bad-ass strut.

The Rolling Stones
Tattoo You
$13.60 CD Sale
Add to Cart

The Rolling Stones
Under Cover
$13.60 CD Sale
Add to Cart