Faced with the task of donning the Tarzan mantle after Johnny Weissmuller stepped down, Lex Barker bore it well. His films are ready to swing their way to a much deserved rediscovery. 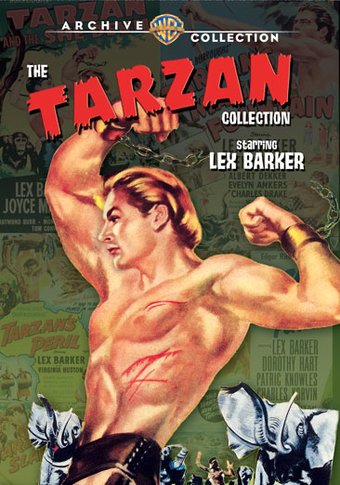 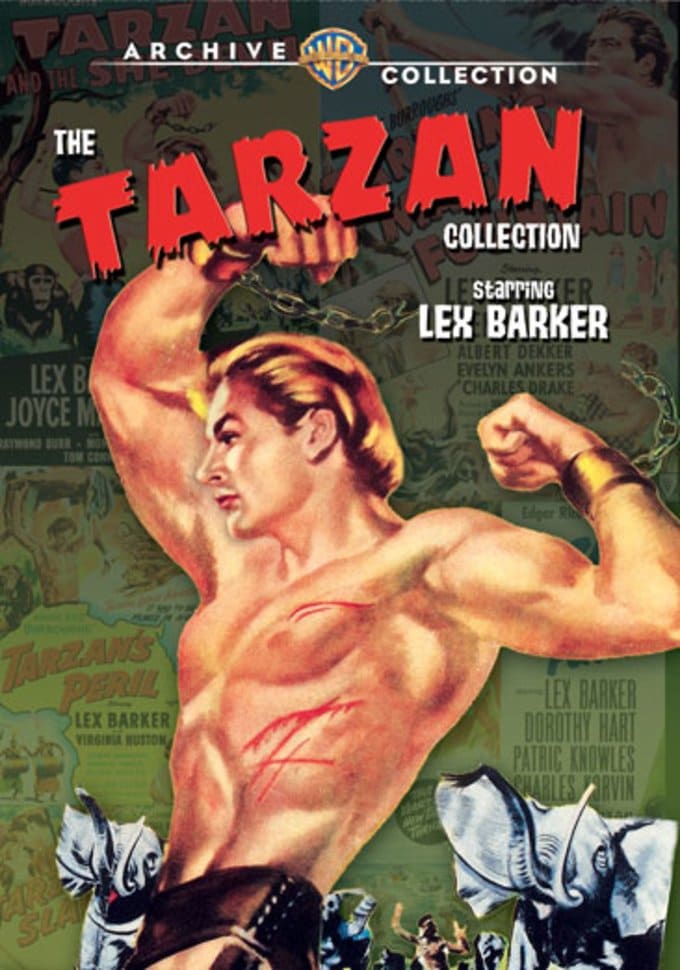 TARZAN'S MAGIC FOUNTAIN (1949)
In the first of his Tarzan films, Barker must keep greedy outsiders from discovering a magical Fountain of Youth.

TARZAN AND THE SLAVE GIRL (1950)
A vanishing tribe seeks to repopulate its numbers by kidnapping women- among those kidnapped: Tarzan's Jane!

TARZAN'S PERIL (1951)
The arrival of gunrunners in the jungle can mean only one thing for Tarzan: trouble, and plenty of it!

TARZAN AND THE SHE-DEVIL (1953)
In his final Tarzan film, Barker must rely on his elephant friends to battle ivory hunters that enslave tribesmen.

This release brings together a number of Tarzan films starring Lex Barker, who took over the role after the iconic Johnny Weissmuller decided to stop playing the part. Included are TARZAN'S MAGIC FOUNTAIN, TARZAN AND THE SLAVE GIRL, TARZAN'S PERIL, TARZAN'S SAVAGE FURY, and TARZAN AND THE SHE-DEVIL.

The New Adventures of Tarzan
$6.98
Add to Cart

The Tarzan Collection with Jock Mahoney and Mike Henry... (DVD-R)
$36.40
Add to Cart