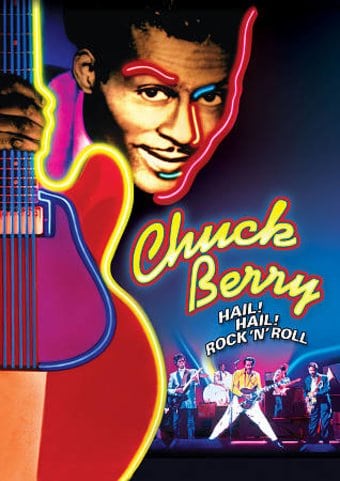 In director Taylor Hackford's earnest, attentive documentary, Chuck Berry the man is revealed through his own words and those of his friends and colleagues. With a mix of interviews, behind-the-scenes clips, and live concert footage, Hackford captures Berry's charismatic performances, his humor, and his uncompromising standards for himself. The film revolves around Berry's 60th birthday concert given in his hometown of St. Louis, Missouri, with guest appearances in the concert and the film by Etta James, Eric Clapton, Keith Richards, Robert Cray, Julian Lennon, and Linda Ronstadt. Other interviews include legendary musicians Bo Diddley, Little Richard, the Everly Brothers, Jerry Lee Lewis, as well as Bruce Springsteen, Roy Orbison, and John Lennon. A pioneer of the idea of singer as songwriter also, as well as a leader in the infancy of rock 'n' roll, Berry is shown as never before in this revealing, touching documentary.

From his days as a painter and carpenter to his reign as the "King of Rock 'N' Roll," this portrait of Berry reveals the rock pioneer with humor, insight, and stark honesty through interviews with such greats as Bruce Springsteen, Little Richard, Jerry Lee Lewis, Bo Diddley, Roy Orbison, and Berry himself. Along with the interviews and behind-the-scenes material, the film features an all-star concert celebration of Berry's 60th birthday in his hometown of St. Louis, Missouri.