Too Short What's My Favorite Word? 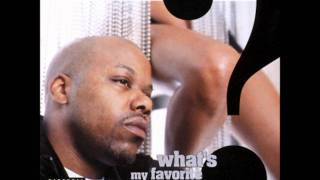 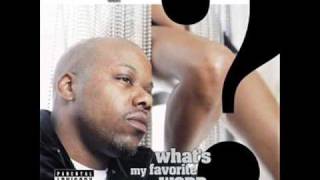 Personnel includes: Too Short, Greedy Mac, Pimpin' Ken, Pim C, Lyfe, Lil Jon & The Eastside Boys, Twista, V. White. E-40, Ant Banks, Dwayne Wiggins, Devin The Dude, Bun B, Big Gipp, Petey Pablo, Dolla Will, George Clinton, Belita Woods, B-Legit, Roger Troutman.
Personnel includes: Too Short, E-40, B-Legit, Pimp C, George Clinton, Roger Troutman, Lil' John & The Eastside Boyz, Ant Banks, Dwayne Wiggins, Devin The Dude, Dolla Will, Petey Pablo, Belita Woods, Twista, V. White.
Producers include: Too Short, Dez, Priest, L-Roc, Lil' John.
The original hip-hop pimp's 2002 offering finds the seemingly indefatigable hustla up to his usual tricks. True to form, Too Short delivers some of the nastiest, most graphically sexual raps around, detailing his fixation on the pimp lifestyle. Throughout the album, he makes sure that not a word of his pornographic commentary is lost, delivering his raps in a deliberate, unhurried manner. Musically, Too Short offers relief from the sound-alike production of too many of his contemporaries, with the burbling, '70s-style funk of "Get that Cheese" and the organic, dark-hued old-school R&B feel of "That's Right," complete with the requisite Bernie Worrell-style synth tones.
Too Short refuses to paint himself as a victim of the ghetto, opening his playa manifesto "Pimp Life" by proudly declaring "I chose this life," and comparing his carnal exploits with the infamous sexual misadventures of Bill Clinton on the opening cut "Triple X." Similarly, he offers positive advice to his brethren, advising them elsewhere to "free your mind if it's trapped in the streets" and to "hold onto your dreams." All this pro-activity doesn't dull his hardcore edge, though; unsurprisingly, he's not above such prurient scenarios as the girl-on-girl action depicted in no uncertain terms on "She Loves Her."

Too Short
Married to the Game
$6.98 on Sale
Add to Cart

Too Short
Cocktails
$8.20
Add to Cart

23%off
Compton's Most Wanted
Music to Driveby (CD)
$5.40 Super Savings
Add to Cart