Queen Made in Heaven 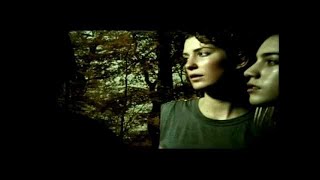 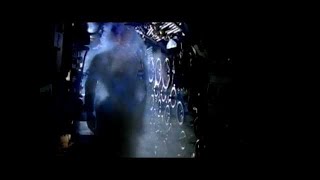 Entertainment Weekly - 11/10/95, pp.62-64
"...Given its halting construction, it...makes for a surprisingly organic work with no shortage of highlights....the perfect theatrical epitaph for a life dedicated to gorgeous artifice." - Rating: B+
Q - 12/95, p.144
3 Stars - Good - "...MADE IN HEAVEN is not some retrospective rehash of surplus, rejected or 'lost' vocal performances...but an album of entirely original material recorded, for the most part, with as much care and attention to detail as any of Queen's previous releases..."

Queen: Freddie Mercury (vocals, piano, keyboards); Brian May (guitar, keyboards, vocals); John Deacon (bass, keyboards); Roger Taylor (drums, percussion, keyboards, vocals).
Additional personnel: Rebecca Leigh-White, Gary Martin, Catherine Porter, Miriam Stockley (background vocals).
Engineers: David Richards, Justin Shirley-Smith, Joshua J. Macrae.
Personnel: Brian May (vocals, guitar, keyboards); Freddie Mercury (vocals, piano, keyboards); Roger Taylor (vocals, keyboards, drums, percussion); John Deacon (keyboards, bass guitar); Gary Martin, Katherine Anne Porter, White-Leigh Legal, Catherine Stockly, Rebecca Leigh-White, Justin Shirley-Smith, Miriam Stockley, Catherine Porter (background vocals).
Photographers: Neal Preston; Douglas Puddifoot.
Arranger: Queen.
Not a posthumous collection of odds and ends but an album actually recorded in the final months of Freddie Mercury's struggle with AIDS, MADE IN HEAVEN is full-force Queen. Their dynamic theatrics charge the album, as Mercury's unrivaled voice and the band's grand production aesthetic resound clearer than ever before.
MADE IN HEAVEN captures all the explosiveness that made Queen one of the most magical big-rock bands of the '70s and '80s. Mercury's powerful voice soars to heights that mere pop singers simply aren't able to grasp. On "It's A Beautiful Day," and particularly on the song's refrain, his regal vocal prowess reminds the listener that this is a man who could sing opera but still rock harder than most heavy metal screamers. The rest of the band is equally brutal in its precision: Brian May's sophisticated guitar work, and the eloquent, sympathetic rhythm section of bassist John Deacon and drummer Roger Taylor make this collection of rock music a moving affair.
Throughout their career, Queen beckoned the acceptance of a broader range of pop-rock. Mercury's vocals soared beyond the rock idiom, and May's dignified guitar arrangements may never be equaled. Freddie Mercury will be forever missed, but the unrestrained beauty of MADE IN HEAVEN captures him in a loving portrait.