The nightmare isn't over! 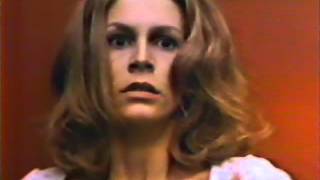 The nightmare of Halloween continues in this chilling sequel. The knife-wielding psychotic left for dead in the original film returns with a thirst for vengeance.

Picking up right where the last film ended, this sequel begins as Dr. Loomis pumps evil Mike Myers full of lead, then watches helplessly as the maniac killer stands up again and runs away. Laurie Strode, the teenager last terrorized by Myers, is taken to a nearby hospital to recover from her traumatic ordeal. But Myers isn't through with her yet, and the fright-night monster works his way through the sleepy town, leaving a river of blood in his wake. Determined to get his revenge on Laurie, he eventually descends upon the hospital -- and the dark secret that binds the two of them is finally revealed.