A teenage girl battles her sophisticated, older cousin for the love of a gifted composer. 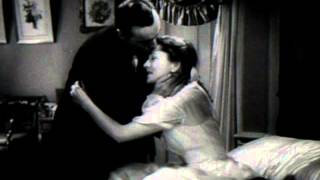 Unavailable for over sixty years, the lost classic returns at last. For many decades, the closest people could come to experiencing this timeless tale of love, tragedy and inspiration was through Erich Wolfgang Korngold's rousing, luscious and lauded score -- but no more! Now, all can open their hearts to The Constant Nymph. Joan Fontaine delivers one of her finest performances playing Tessa, a teenaged free spirit locked in battle with her complicated, sophisticated cousin Florence (Alexis Smith) over the love of Lewis (Charles Boyer), an impoverished, gifted composer. Lewis is married to Florence, but young Tessa loves Lewis so completely he finds himself drawn to her more and more. Tessa is soon transformed, first into Lewis' muse, and then into something more; while Florence's jealousies cage her in a competition with a child she can't hope to win. Peter Lorre adds to the magic, shining in a rare, sympathetic supporting role.

Warner Bros.' THE CONSTANT NYMPH was the third filmization of Margaret Dean's 1924 novel; the first two were filmed in Britain in 1928 and 1933 by producer Michael Balcon. The plot was substantially the same in all three versions: A self-centered European musician (Charles Boyer) is idolized by a young Belgian girl (Joan Fontaine) with a serious heart condition. Though he is fond of the girl, the composer opts for a wealthy marriage to her socialite cousin (Alexis Smith)--and lives to regret the move. Peter Lorre, taking a respite from villainous roles, is quite effective as a philosophical family friend. Composer Erich Wolfgang Korngold's six-minute symphonic tone poem for CONSTANT NYMPH was given class-A treatment in a specially recorded RCA Victor orchestration in 1972.

Romance | Love Triangle | Doomed Lovers | Melodrama | Love Triangles | Musicians
This product is made-on-demand by the manufacturer using DVD-R recordable media. Almost all DVD players can play DVD-Rs (except for some older models made before 2000) - please consult your owner's manual for formats compatible with your player. These DVD-Rs may not play on all computers or DVD player/recorders. To address this, the manufacturer recommends viewing this product on a DVD player that does not have recording capability.

Come to the Stable
$19
Add to Cart