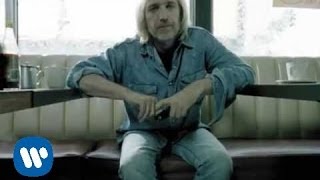 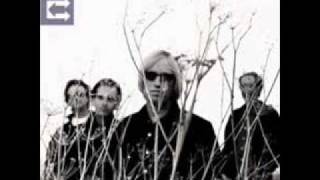 Rolling Stone
(4/29/99, pp.65-66) -.5 stars (out of 5) - "...ECHO puts the Heartbreakers back where they belong; in the garage and in front of the amplifier stacks....It's Petty and the Heartbreakers standing their ground with wise-ass grins and loud guitars..."
Entertainment Weekly - 4/16/99, p.58
"...Petty's patented formula reverberates on every solidly crafted tune with the comforting predictability we've come to expect....the predominant roots-pop aesthetic heer is of a piece with Petty and the Heartbreakers' best work..." - Rating: A-
New Music Monthly (7/99, p.54) - "...File ECHO somewhere between GREAT WIDE OPEN and 1985's SOUTHERN ACCENTS - a fine addition to the catalog....Petty's lyrics, wry as ever, celebrate the losers with empathy..."
Mojo (Publisher) - 5/99, p.96
"...Petty's music is its lurching adolescent cockiness, its continued thing for strange girls who just blew in from the valley, the seamlessness of its mating Old South and Plantation with sports utility vehicle and cell-phone..."

Tom Petty & The Heartbreakers: Tom Petty (vocals, guitar, harmonica); Mike Campbell (vocals, guitar, bass); Benmont Tench (piano, electric pianos, organ, Chamberlin, Clavinet); Howie Epstein (bass, background vocals).
Additional personnel: Scott Thurston (acoustic & electric guitars); Steve Ferrone (drums); Lenny Castro (percussion).
Producers: Tom Petty, Mike Campbell, Rick Rubin.
Engineers: Mike Campbell, Richard Dodd, Dave Schiffman.
ECHO was nominated for the 2000 Grammy Award for Best Rock Album. "Room At The Top" was nominated for the 2000 Grammy Award for Best Rock Song.
Personnel: Tom Petty (vocals, guitar).
In his 24th year of recording, Tom Petty shows you can age gracefully in a medium known for its rampant ageism. ECHO finds Petty putting together a veiled confessional that refers indirectly to a recent separation from his wife. As always, Heartbreakers Mike Campbell (who helped out with production), Howie Epstein, and Ben Tench provide a solid musical bed for songs largely populated by female protagonists. "Free Girl Now" sounds an insistent message of liberation, "Lonesome" finds Petty using a forlorn twang to bid a heartfelt farewell to a lover who then goes on the road in search of adventure in "Swingin'" as harmonica and guitar steadily wail away.
In dealing with his interpersonal roadblocks, Petty remains a sturdy optimist. He picks himself up off the floor amidst a flurry of Campbell's sitar-flavored leads during "Won't Last Long," and bounces back from taking it on the chin on "Billy The Kid," which Tench peppers with swirling Clavinet and organ. Elsewhere, the native Floridian and his Heartbreakers go from impersonating the Byrds on "This One's For Me" to conjuring up pure rock & roll alchemy on the rollicking "About To Give Out" before wrapping things up with the bittersweet "One More Day, One More Night."

44%off
The Monkees
Monkees: Flashback With The Monkees (CD)
$5
Add to Cart