Spin: "BLEACH is truer to 'grunge' than what followed, with bratty nihilism and sludgy dynamics dominating."

Get email alerts for Nirvana
317 ratings
Currently Out of Stock: We'll get more as soon as possible
Notify Me When Available
Add to Wishlist
Format:  CD
item number:  ZENG 00342
91% recommend us! 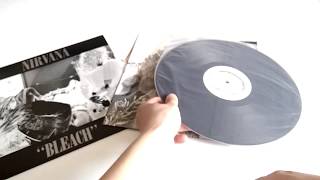 Rolling Stone - p.74
4 stars out of 5 -- "Beginning with a feedback overture and ending with full-on instrument destruction, the live set is a snapshot of a menacingly feral band about to become a beast."
Spin - p.82
"BLEACH is truer to 'grunge' than what followed, with bratty nihilism and sludgy dynamics dominating."
Q (Magazine) - p.128
4 stars out of 5 -- "[T]he stellar factor was Cobain: his voice, his songwriting, even his underrated guitar playing -- all lent Nirvana peculiar qualities that ensured this music transcended constraints of time and fashion."
Record Collector (magazine) - p.88
3 stars out of 5 -- "'About A Girl' is still the most Beatles-like Cobain moment."

43%off
Nirvana
Radio Vaults: Best Broadcasting Live
$27.98 Out of Stock
Save for Later