Fear of the Dark / Big Bad Wolf / Gangs of the Dead 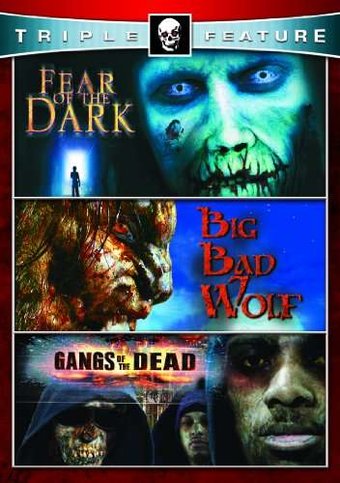 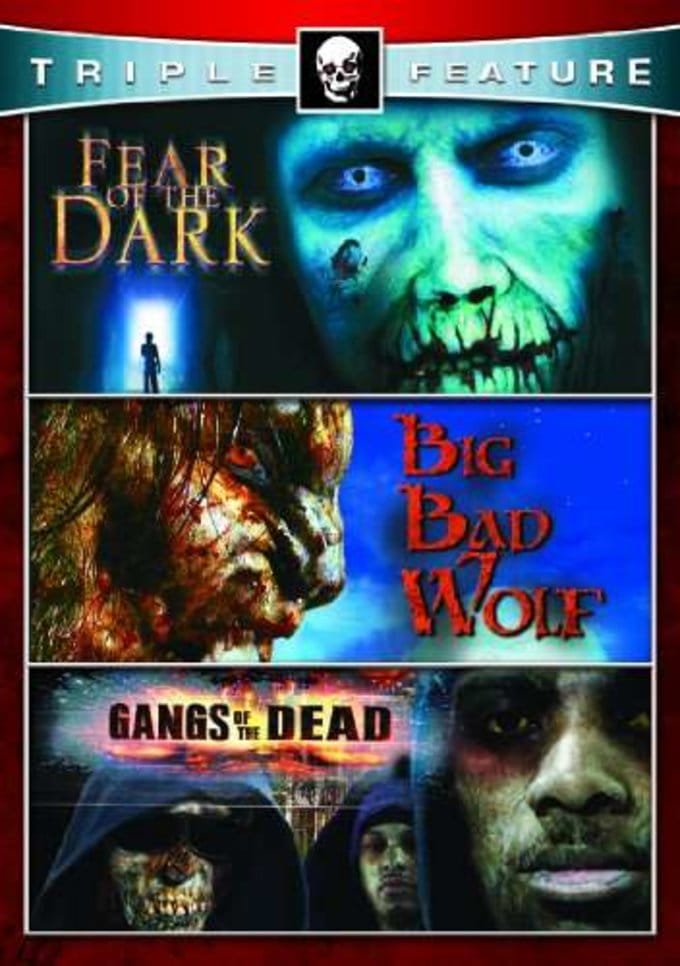 Currently Out of Stock: We'll get more as soon as possible
Notify Me When Available
Add to Wishlist
Format:  DVD  (2 Discs)
item number:  XTXB 05740D
More products that might interest you:
Classic Horror Collection: 20 Full Color Vintage Movie Postcards (Movie Collectible) $7.98
Related products:
Werewolf: The Beast Among Us for $13
91% recommend us!

FEAR OF THE DARK: Each night Ryan lies awake watching as the evil in the darkness grows stronger, Big brother Dale sees this as an attention getting antic. Trapped alone in the house during a violent storm, Dale quickly realizes little Ryan has every reason to be afraid. In the tradition of The Ring and The Sixth Sense, Fear of the Dark is a tightly woven tale that taps into our universal fear of what lies hidden in the dark. It's what scares you the most.

BIG BAD WOLF: During a deadly game-of-car and mouse with a bloodthirsty werewolf, Derek Cowley and his friends discover a horrifying secret about the monster they must kill to survive. Featuring a cunning and sadistically funny breed of werewolf unlike you've ever seen. Big Bad Wolf is a sexy thrill ride full of unimaginable horror.

GANGS OF THE DEAD: On the verge of a major arms deal, the two toughest gangs in L.A. find themselves trapped in an abandoned warehouse by a ravenous mob of bloodthirsty zombies. They have to work with the cops to avoid being torn limb-from-limb and eaten alive. A one of a kind urban-zombie film, Gangs of the Dead, is a gore-filled and action packed adventure.