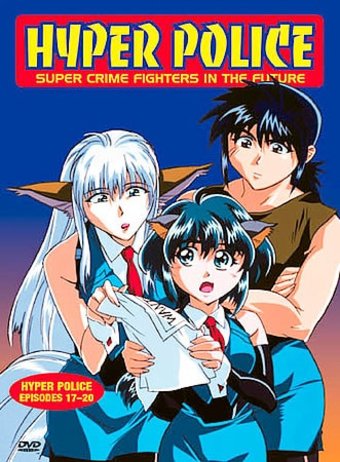 Four more episodes from your favorite super crime fighters from the future, including: "Kids Floating, Natsuki Fainting," where Natsuki flee's from Sakura after her liberal parenting methods end up driving him crazy! "An Era of Cohabitation," in which some romantic tension rises to the surface between Natsuki and Batanen. "There is No Tomorrow For the Cats," in which the hideout of the Cat Crusade is finally discovered; And some magical occurrences emerge from a submerged time capsule in "A Mysterious Dome."

Blast into the future with four more exciting adventures from anime's most dynamic crime-fighting team! In "Kids Floating, Natsuki Fainting," Sakura has become a mother, but her liberal parenting techniques wind up driving Natsuki away. Natsuki enters "An Era of Cohabitation" at Batanen's apartment; however, her crush on him ignites some unexpected romantic tension. After a year of investigation, Nupu and Batanen discover the hideout of the Cat Crusade, a band of thieves, while Natsuki gets close to these sympathetic criminals in "There Is No Tomorrow for the Cats'" Finally, Natsuki discovers "A Mysterious Dome" which emerges from a long submerged time capsuel. Everyone who enters the dome seems to disappear, including Sakura!