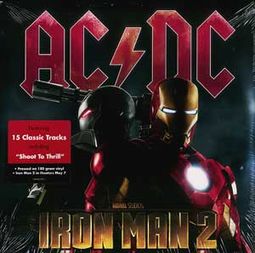 This soundtrack collaboration between Marvel Studios and Columbia Records features 15 classic AC/DC tracks ranging from 1976 to 2008, including "Back in Black," "Highway to Hell," "If You Want Blood (You Got It)," "Shoot to Thrill," and "Thunderstruck." Handpicked by the band and director Jon Favreau, Iron Man 2 serves as a solid overview for longtime fans and a great primer for those about to rock.