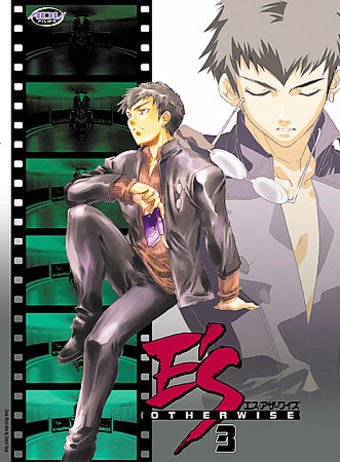 Director Masami Shimoda fashions a dystopic take on human evolution in the sci-fi anime series E'S OTHERWISE. In a futuristic Japan, a conglomerate of 12 corporations rule society with the help of a peacekeeping force made up of genetically modified psychics. Known as Espers (E's for short) and feared by the general public, these psychic mutants are able to maintain law and order by using their supernatural abilities to combat criminals. Teenager Kai is the newest of these recruits and is, in general, pleased to be working for an E's special forces team run by the Ashurum corporation. But when Kai is sent on a mission to destroy a rebel faction bent on overthrowing the corporate establishment, he begins to question his employer's motives and joins the resistance--while worrying about his sickly younger sister Hikaru, who is still within Ashurum's clutches. Produced by the team behind SAIYUKI, the sci-fi anime series continues with episodes 11-14.