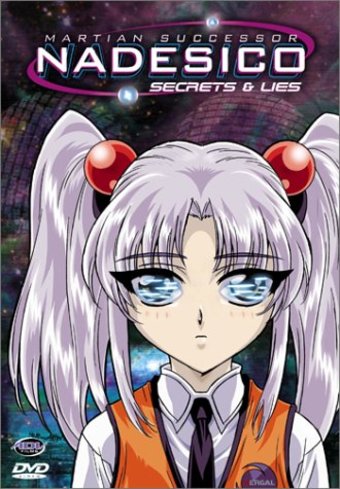 The Animé series MARTIAN SUCCESSOR NADESICO takes place in a world where aliens have destroyed Earth's base on Mars, offed the planet's space fleets, and, are in general, poised to destroy human civilization. But Earth does have one last weapon: the spaceship Nadesico. Piloted by an assistant cook, and commanded by a sexy Admiral's daughter, the crew of the Nadesico may be a bit unorthodox, but they are humanity's only hope! This volume includes episodes 17-21.