King Crimson In The Court of The Crimson King: Original Master Edition

Q (Magazine): "From baroque ballads to avant-garde heavy metal, Crimson's debut sounded unlike anything else before or since." 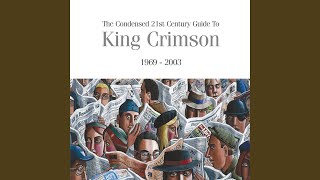 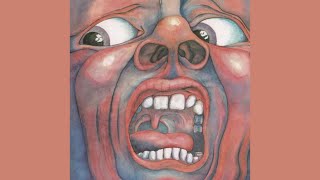 King Crimson - I Talk To The Wind (Music Video)

Q - 12/99, p.162
4 stars out of 5 - "...this 1969 album's manic energy and compressed imagery captures the violent downside of the hippy years...better than almost any other recording from the time..."
Q (Magazine) - p.121
"From baroque ballads to avant-garde heavy metal, Crimson's debut sounded unlike anything else before or since."
Pitchfork (Website) - "[T]he album remains a towering pillar of musicianship, wonder, and menace."

Initial pressings featured a limited edition, cardboard-stock gatefold sleeve and unpublished archive photos.
King Crimson: Greg Lake (vocals, bass); Robert Fripp (guitar); Ian McDonald (flute, clarinet, saxophones, keyboards, background vocals); Michael Giles (drums); Peter Sinfield.
Personnel: Ian McDonald (vocals, reeds, woodwinds, Mellotron, keyboards, vibraphone); Greg Lake (vocals, electric bass); Michael Giles (vocals, drums, percussion); Peter Sinfield (spoken vocals); Robert Fripp (guitars).
The group's definitive album, and one of the most daring debut albums ever recorded by anybody. At the time, it blew all of the progressive/psychedelic competition (the Moody Blues, the Nice, etc.) out of the running, although it was almost too good for the band's own good -- it took King Crimson nearly four years to come up with a record as strong or concise. Ian McDonald's Mellotron is the dominant instrument, along with his saxes and Fripp's guitar, making this a somewhat different-sounding record from everything else they ever did. And even though that Mellotron sound is muted and toned down compared to their concert work of the era (e.g., Epitaph), it is still fierce and overpowering, on an album highlighted by strong songwriting (most of it filled with dark and doom-laden visions), the strongest singing of Greg Lake's entire career, and Fripp's guitar playing that strangely mixed elegant classical, Hendrix-like rock explosions, and jazz noodling. Lineup changes commenced immediately upon the album's release, and Fripp would ultimately be the only survivor on later King Crimson records. ~ Bruce Eder

38%off
The Moody Blues
Days of Future Passed [Expanded Version] (CD)
$9.98 on Sale
Add to Cart

Hot
King Crimson
The Collectable Volume One (2-CD)
$16.98 on Sale
Add to Cart