Elton John Too Low for Zero 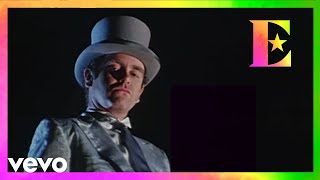 Personnel: Elton John (vocals, keyboards); Kiki Dee (vocals); James Newton Howard (arranger, conductor); Davey Johnstone (guitar, background vocals); Skaila Kanga (harp); Stevie Wonder (harmonica); Dee Murray (bass, background vocals); Nigel Olsson (drums, background vocals); Ray Cooper (percussion).
Compilation producer: Mike Gill.
Recorded at Air Studios, Montserrat, British West Indies and Sunset Sound Studios, Hollywood, California. Includes liner notes by John Tobler.
Digitally remastered by Gus Dudgeon (Abbey Road).
Always a prolific artist, Elton John put out a record a year during most of the '80s. On his recordings from the era, he collaborated with a slew of new producers, lyricists, and arrangers; and session musicians had largely replaced the core group who played on his biggest hits. Meanwhile, his troubled private life was becoming increasingly public. On 1983's TOO LOW FOR ZERO, he gathered up his old band, even Kiki Dee on one song, and worked exclusively with Taupin for the first time in years. The result was one of his most solid and successful records of the era, a clear signal that Elton John had remade himself into an '80s-style hitmaker.
The monster hit "I'm Still Standing,"is a driving, in-your-face brag to a callous lover that also testifies to the singer's survival of an ill-advised marriage, a career that seemed in danger of slipping away, and the excesses of the rock-and-roll lifestyle. "I Guess That's Why They Call it the Blues," with Stevie Wonder's guest harmonica solo, isn't a blues at all, but it made the Top 10; and "Kiss the Bride," with its whomping guitars and booming drums, rocks with swaggering authority.