Dwarfing the mightiest! Towering over the greatest! 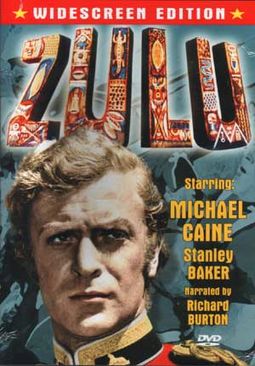 69K ratings
Currently Out of Stock: We'll get more as soon as possible
Notify Me When Available
Add to Wishlist
Format:  DVD
item number:  KSDVD 192D
Also released as:
Zulu for $8.40
Zulu for $12.10
91% recommend us! 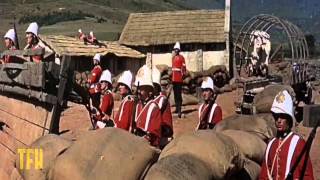 Spectacular battle scenes dominate this 19th Century true story about undermanned British soldiers defending their mission against the attacking hordes of Zulu warriors. On January 22, 1879, the garrison at Rorke's Drift, which was manned by less than 150 soldiers, discovers that they are about to be attacked by 4,000 Zulu warriors. With no reinforcements to count on, the soldiers must rely on their own wits to get them out alive. This wonderfully filmed battle epic is a must see for action enthusiasts.

Based on an actual historic event, this is the story of a group of British soldiers stationed in Africa who are forced to defend their tiny outpost against an attack by powerful Zulu warriors. They are outnumbered 40-1 but are still ready to fight to the finish. Michael Caine is outstanding in Cy Endfield's powerful drama. Narrated by Richard Burton.

Based on actual events, this film takes place in 1879 at Africa's Roarke's Drift, a military post occupied by 97 British soldiers. The Englishmen receive word that they are about to be besieged by 4,000 Zulu warriors armed with spears and even rifles. The soldiers stay and fight the warriors, desperately using everything they can find to withstand the onslaught.