Having a ball… Wish you were here 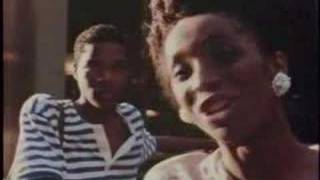 "I remember my dad - he'd say you have three strikes against you in this world. Every black man has two - that they are black and they are male. But you're a black and you're a male and you're gay.... If you're gonna do this, you're gonna have to be stronger than you ever imagined."
- unidentified
"A ball to us is as close to reality as we're gonna get to all of that fame and fortune and stardom and spotlight."
- unidentified
"If everybody went to balls, and did less drugs, it would be a fun world, wouldn't it'"
- Dorian Corey
"When I grew up, you wanted to look like Marlene Dietrich, Betty Grable. Fortunately, I didn't know that I really wanted to look like Lena Horne. When I grew up... black stars were stigmatized. Nobody wanted to look like Lena Horne."
- Dorian Corey
"New York City is wrapped up in being Labeija."
- Pepper Labeija
"In real life, you can't get a job as an executive unless you have the educational background and the opportunity. Now the fact that you are not an executive is merely because of the social standing of life... Black people have a hard time getting anywhere. And those that do, are usually straight. In a ballroom, you can be anything you want."
- Dorian Corey

An unblinking, behind-the-scenes story of the young men of Harlem who originated "voguing" and turned these stylized dance competitions into a glittering expression of fierce personal pride.

Documentary about the Harlem drag balls thrown by predominantly inner city black and Latino gay men in the mid-1980s. The film features footage of the actual "drag" pageants, as well as interviews with ball participants, who describe their backgrounds and dreams, and the intricacies of their rich and detailed dialect. A fascinating look at the complexities of this elaborate subculture.