Neutral Milk Hotel In The Aeroplane Over The Sea (180GV) 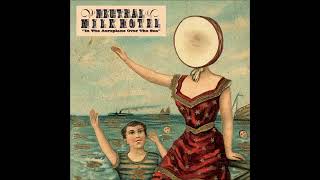 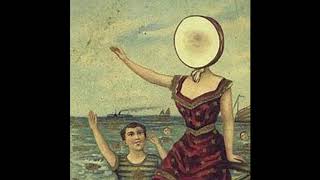 Spin - 9/99, p.164
Ranked #88 in Spin Magazine's "90 Greatest Albums of the '90s."
Spin - 3/98, pp.134-135
7 (out of 10) - "...Mangum's quasi-mystical, Donovan impulses distance him from the Apples [In Stereo's] Starburst melodies and Olivia [Tremor Control's] psychedelic lollipops. He wants to be the Sundown Superman, the cross-legged troubador of the low-fi set..."
Entertainment Weekly - 3/6/98, p.80
"...blends buzzing indie-rock guitars, beautifully arranged horns, and oddball instrumentation....But, hey, anyone can make off-the-wall sounds; it's Milk-man Jeff Mangum's bouncy pop melodies...that make AEROPLANE take off..." - Rating: B+
Uncut - p.127
4 stars out of 5 - "[W]ith unhinged evangelical urgency and ambitiously ramshackle arrangements..."
CMJ - 1/11/99, p.3
"...With its intensely personal lyrics and diverse, carnival-esque instrumentation, the celebratory and mournful AEROPLANE is unlike any other recording released in 1998..."
Mojo (Publisher) - p.130
4 stars out of 5 - "Its opaque, surrealistic narratives about wartime Europe and two-headed children proceed in a breathless, mellifluous torrent across a lo-fi landscape of thrumming acoustics, soaring brass and, on the title track, massed bowed saws."
NME (Magazine) - 5/23/98, 44
6 (out of 10) - "...Magnum's voice [is]....A sort of stylistic mumble that runs up and down the scale and seems all over the place...perfectly suited to Neutral Milk Hotel's see-sawing electrified acoustic folk..."

Neutral Milk Hotel: Jeff Mangum ( vocals, guitar, organ, bass, drums, tapes, shortwave radio); Julian Koster (banjo, accordian, saw); Scott Spillane (trumpet, flugelhorn, trombone, euphonium); Jeremy Barnes (organ, drums).
Additional personnel: Michelle Anderson (Uilleann pipes); Marisa Bissinger (saxophone, flugelhorn); Rick Benejamin (trombone); Laura Carter (zanzithophone); Robert Schneider (piano, organ, bass, background vocals).
Neutral Milk Hotel leader Jeff Mangum is a popster who hears interstellar sounds as natural ingredients of his "pop." He was weaned with the inevitable four-track in his bedroom, schooled on a record collection stacked with John Cage and Captain Beefheart as well as the Beatles and the Kinks. There is an instant emotional intensity to Neutral Milk's music, and the seeds that were sewn on '96's lo-fi masterpiece ON AVERY ISLAND, bear an evolving fruit on IN THE AEROPLANE OVER THE SEA.
Mangum's psych-folk songwriter musings dominate the album's landscape. Confusion streams out in hallucinatory phrases, trying to outrace a manic acoustic guitar, which in turn propels a band whose general sound is a four-track, punked-up version of Tom Waits' RAIN DOGS outfit. Brass-heavy instrumentals akin to ambient, bayou funeral dirges skitter by. At times, sunny pop emerges from the busy squall , as on the title track. Occasionally, the squall itself latches onto a melody, exploding with Flaming Lips-like ferocity. All of it suggests that while Neutral Milk's grasp on inherent truths (musical and otherwise) is wholly unstable, its quest for them is a wonder to behold.

Modest Mouse
Building Nothing Out Of Something
$16.80
Add to Cart

Neutral Milk Hotel
In the Aeroplane Over the Sea
$13.60
Add to Cart

Neutral Milk Hotel
Everything Is
$10
Add to Cart