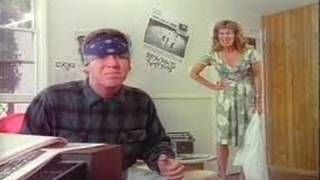 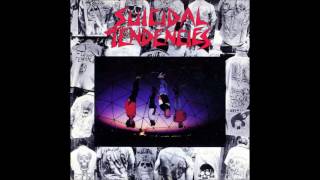 Q - 7/01, pp.141,143
4 stars out of 5 - "...[Their] first and arguably best album has lost none of its impact. The quartet's sound - a joyously crude amalgamation of hardcore punk, skate culture and vocalist Mike Muir's scattergun, rap-like delivery - has stood the test of time....still a blueprint regularly referred to by many of today's metal acts..."

Suicidal Tendencies: Mike Muir (vocals); Grant Estes (guitar); Louiche Mayorga (bass); Amery Smith (drums).
On its 1983 self-titled debut, Suicidal Tendencies unleashed an angry, brooding set of hardcore/punk tunes that stood in sharp contrast to the group's sunny Southern California surroundings. Often credited with inventing the skate-punk style, the band lays down hard-charging riffs and rhythms that create the perfect platform for frontman Mike Muir's pointed rants. As any ST fan (or punk fan for that matter) will attest, the album's crowning moment is "Institutionalized," which mixes Muir's witty, disenchanted half-spoken/half-shouted musings with locomotive ferocity, and became an unlikely semi-hit on MTV. Other highlights of the record include the frenetic "Suicide's an Alternative/You'll Be Sorry" and "I Shot the Devil," which sports a blistering guitar solo that hints at the metal influence that would later come to define the band's sound. Although SUICIDAL TENDENCIES isn't as adventurous as the act's later recordings, it effectively establishes its rough-and-tumble aesthetic, and is regarded as a West Coast hardcore classic.

Suicidal Tendencies
Get Your Fight On
$19.10
Add to Cart

Suicidal Tendencies
Still Cyco Punk After All These Years
$44.70
Add to Cart

Suicidal Tendencies
How Will I Laugh Tomorrow When I Can't Even Smile Today
$11.20 Super Savings
Add to Cart

Suicidal Tendencies
Get Your Fight On
$19.10
Add to Cart