NME (Magazine): Ranked #28 in NME's list of the Greatest Albums Of All Time.

Get email alerts for Joni Mitchell
410 ratings
Currently Out of Stock: We'll get more as soon as possible
Notify Me When Available
Add to Wishlist
Format:  Vinyl LP
item number:  6AW8J
92% recommend us! 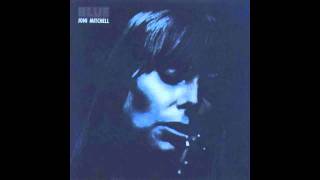 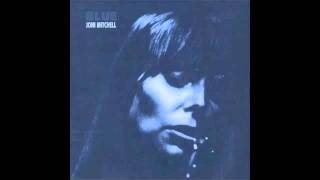 BLUE marks the culmination of Mitchell's early, traditional singer/songwriter period, and it is one of the very best albums of that genre. Though she was already beginning to experiment with elements of pop and jazz, BLUE focuses on Mitchell's skill as a folk singer, showcasing her reedy, expressive voice in duet with her piano or guitar. The arrangements on the album--which feature keys, dulcimer, bass, and assorted percussion--are spare and tasteful, so much so that it is easy to overlook their sophistication.
Yet it is ultimately Mitchell's songs that make BLUE such a moving and memorable experience. "All I Want" establishes the themes of wandering and soul-searching that define much of the artist's work, while "My Old Man" and "Carey" explore relationships with a keen attention to detail and emotional truth. Songs like "California" shuffle along with a sunny yearning, but the predominant mood--true to the album's title--is lonely, plaintive and stark, with "River," the title track, and "The Last Time I Saw Richard" ranking with the saddest, most moving songs in the pop canon. An album of great intensity and confessional depth, BLUE closed the chapter on Mitchell's folk period beautifully, opening the gates for the bold new work to follow.