Never tell them the odds.

124K ratings
Currently Out of Stock: We'll get more as soon as possible
Notify Me When Available
Add to Wishlist
Format:  Blu-ray
sku:  YDES
92% recommend us! 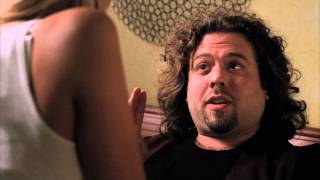 STAR WARS zealots, rejoice, for thy movie is at hand: an odyssey across America with a van full of hardcore science-fiction-loving geeks that drop STAR WARS quotes at the drop of a vintage collector's-item Darth Vader helmet. Their mission: to infiltrate Skywalker ranch--or die trying--and heist a pre-release print of THE PHANTOM MENACE. With stops along the way for bad internet dates and general misbehavior (as well as some drama concerning one of the fanboys dying of cancer), their mission becomes a whole STAR WARS-style adventure in itself, their van doubling for the Millennium Falcon plunging through the outer space of the Midwest. There's sci-fi-convention-collectible eye candy, surreal car chases, and moments from the STAR WARS films (such as the trash compactor scene) recreated with loving detail. Dan Fogler (BALLS OF FURY) supplies the hairy guy momentum and Kristen Bell (FORGETTING SARAH MARSHALL) is surprisingly funny as the requisite way-out-of-their-league hot chick, who just happens to love STAR WARS too (those lucky nerds). The hilarious Seth Rogen shows up in several mangy roles, and there are cameos by Billy Dee Williams (as Judge Reinhold), Carrie Fisher, Kevin Smith, Jason Mewes, Boba Fett, Darth Maul, an actor playing a kung fu version of Aint it Cool's Harry Knowles, and even William Shatner. Kevin Spacey was one of the film's producers.

The People vs. George Lucas
$18.30 Super Savings
Add to Cart