Get email alerts for King Gizzard and the Lizard Wizard
Available: Usually ships in 3-5 business days
Only 5 copies left
Add to Cart
Add to Wishlist
Format:  CD
sku:  6AVYV
Our customers love us! 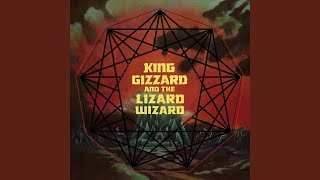 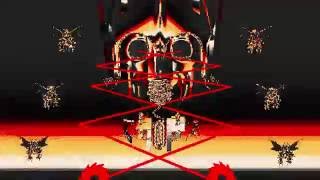 NME (Magazine)
"On NONAGON INFINITY they're supplementing their traditional fuzz with the frenetic pace and blistering melodies of what they've called 'the heavier sort of '70s metal'..."

Personnel: Stu Mackenzie (vocals, electric guitar, zurna, organ, synthesizer); Joey Walker (electric guitar, setar, synthesizer); Cook Craig (electric guitar, synthesizer); Ambrose Kenny-Smith (harmonica, organ); Lucas Skinner (bass guitar); Michael Cavanagh (drums, congas); Eric Moore (drums).
Audio Mixer: Michael Badger.
Photographer: Danny Cohen.
The prolific Australian psychedelic pop combo King Gizzard and the Lizard Wizard aren't the kind of band prone to repeating themselves. Over the course of their short career, they've established themselves as voracious sonic explorers who aren't afraid to take chances and never met a gimmick they didn't like. In 2015 alone they released Quarters, a jazz-prog epic featuring four songs that were each exactly ten minutes long, and the laid-back summer folk Paper Mƒch‚ Dream Balloon, which was recorded on only acoustic instruments. With such a weird and varied track record, their 2016 album, Nonagon Infinity, could have gone just about anywhere and done anything. On it, King Gizzard deliver their best trick yet to go along with their most focused, most ferocious music to date. The album is designed to flow continuously from song to song with no breaks in what the band calls an infinite loop, and unless one is listening very closely it's hard to tell where one song stops and the next begins. To help make the gimmick work, the songs are very similar in energy and approach, with lyrics from one song turning up in another and guitar riffs cycling through from one section to another. The energy level is mainly set to search and destroy throughout as the drums thunder, the lightning-fast guitars slash and burn, and the spacy vocals often break out into ecstatic shouts. The band has added some supercharged Sabbathy metal to its sound, and it works very well. The opening suite of songs punches fast and hard, like someone is slapping you repeatedly with a copy of a Saxon album. It's way more blown-out and weird than that, but you can hear a lot of late-'70s no-frills metal in the sound. The rest of the record is a little more varied, with moments of calm proggy respite, jazz-rock dreaminess, and blown-out psych-pop to balanced the frantic, sustained attack. The way the album is put together is an impressive feat, but almost beside the point since each song within the loop is worthy of standing alone. King Gizzard's inventive sound, giant hooks, and hard-as-titanium playing make Nonagon Infinity not only their best album yet, but maybe the best psych-metal-jazz-prog album ever. That can be debated, but at the very least artists like the Flaming Lips, Ty Segall, and others who think they are doing something cool and weird should check it out and take a few notes. ~ Tim Sendra

King Gizzard and the Lizard Wizard
I'm in Your Mind Fuzz
$15.40 CD Sale
Add to Cart

King Gizzard and the Lizard Wizard
I'm in Your Mind Fuzz
$14.50 CD Sale
Add to Cart

King Gizzard and the Lizard Wizard
Murder of the Universe
$13.20 CD Sale
Add to Cart