Rolling Stone: 3.5 stars out of 5 -- "[A]s a glimpse of the guitarist extending his reach beyond the Experience trio, it's thrilling." 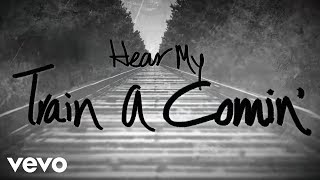 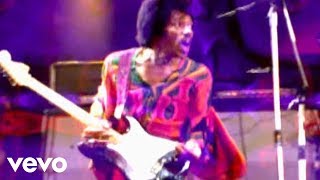 12 previously unreleased studio recordings - over 60 minutes of unheard Jimi Hendrix! Features "Valleys Of Neptune," one of the most sought after of all of Hendrix's commercially unavailable recordings. Includes exciting 1969 arrangements of classic signature songs "Red House," "Fire" and "Stone Free."

Rolling Stone - p.62
3.5 stars out of 5 -- "[A]s a glimpse of the guitarist extending his reach beyond the Experience trio, it's thrilling."
Spin - p.89
"Even now, the thrilling thing about Hendrix's music, including VALLEYS OF NEPTUNE, is the head-spinning sense of limitless possibility."
Entertainment Weekly - p.69
"Hendrix was one musician whose castoffs and outtakes are worthy of obsessive scrutiny." -- Grade: B-
Kerrang (Magazine) - p.50
"[It's] when jamming within the familiar frameworks of his blues standards...that he finds a structure to display his enviable talents."
Paste (magazine) (p.91) - "NEPTUNE is a portrait of the greatest guitarist of all time at his peak....The undeniable vitality and power of Hendrix's creative spirit endures."

After 40 years, a number of ill-conceived posthumous albums, and countless bootlegs, one would almost have to be skeptical of a new album billed as "12 previously unreleased studio recordings -- almost 60 minutes of unheard Jimi Hendrix!" The good news is that Valleys of Neptune largely delivers on that promise. Even hardcore collectors will likely be surprised at how much of this album they haven't heard. But much of this material has been available before in some form, official and otherwise. Although there were tons of posthumous overdubs, elements of these very versions of "Stone Free" and "Hear My Train Comin'" were used as building blocks for the versions on Crash Landing and Midnight Lightning, respectively. Additionally, this version of "Stone Free" was included on 2000's The Jimi Hendrix Experience box set, the only difference being that Noel Redding's bass and vocals were replaced with Billy Cox's bass from a slightly later studio session. An excerpt of the tune "Valleys of Neptune" was released as part of the Lifelines radio program box set, but that track ("Mr. Bad Luck" [aka "Look Over Yonder"]) and "Lullaby for the Summer" (basically an instrumental version of "Ezy Rider") were all well-known to collectors. However, Eddie Kramer's fresh mixes make them all sound better than ever. "Fire," "Red House," and "Sunshine of Your Love" are obviously well-known tunes, but these versions will most likely be new even to collectors. "Ships Passing Through the Night" (later transformed into "Night Bird Flying") and "Crying Blue Rain" are easily the rarest tracks here, and may well be surfacing for the very first time. The songs all sound mostly to completely finished; they definitely aren't just rough demos that got added to after the fact (although Mitch and Noel did do additional recording in 1987 for three of these tunes). Most of the tracks have multiple guitar parts, although Jimi probably would have replaced some of these guitar parts. It's not that they're at all bad, but some aren't perfect, and Jimi Hendrix was a perfectionist. "Crying Blue Rain" feels like just a studio jam (albeit a good one), and "Sunshine of Your Love" goes on just a bit too long with an unnecessary bass solo, but the rest sounds surprisingly finished and complete (and being studio recordings, the sound quality is excellent throughout). While it doesn't rise to the level of his other studio albums, Valleys of Neptune is a welcome catalog addition from a tremendous talent who died too young. ~ Sean Westergaard

Jimi Hendrix
Can You Please Crawl Out Your Window? (Rhythm and Blues-BBC...
$8.95 on Sale
Add to Cart