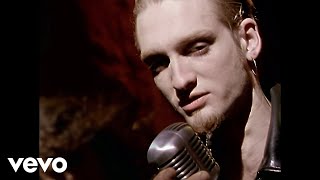 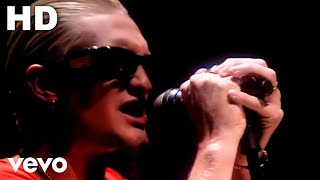 Alice In Chains: Jerry Cantrell (vocals, guitar); Layne Staley (vocals); Mike Starr, Mike Inez (bass); Sean Kinney (drums, percussion).
Producers include: Dave Jerden, Toby Wright, Rick Parasher, Alice In Chains.
Digitally remastered by Stephen Marcussen (Marcussen Mastering, Los Angeles, California).
Audio Mixers: Dave Jerden; Rick Parashar; Toby Wright.
Photographers: Rocky Schenck; Marty Temme.
MIA for the latter half of the '90s and into the new millennium, Alice In Chains added GREATEST HITS to the list of seemingly posthumous releases in a canon whose last studio album was a 1995 self-titled release. This bare-bones 10-song sampler does serve as a quick overview for neophytes interested in one of the seminal bands to emerge from a generation of grunge bands including Nirvana, Pearl Jam, and Soundgarden. Between Jerry Cantrell's thick, sludgy riffs and Layne Staley's primal howl, AIC had the market cornered on nihilism.
Four cuts on this compilation come from the band's 1991 masterpiece DIRT and serve as a centerpiece, the most compelling being the harrowing "Rooster" (a tribute to Cantrell's Vietnam vet dad), the hypnotic isolationism of "Them Bones," and the plodding despondency of "Angry Chair." Elsewhere, AIC throws some curves with "I Stay Away" (featuring lush orchestration that gilds this dark lily) and the unexpectedly tender 1995 cut "Heaven Beside You." For those with a casual interest in Alice In Chains, GREATEST HITS will work well. Hardcore fans are directed to the more generous NOTHING SAFE: THE BEST OF THE BOX.