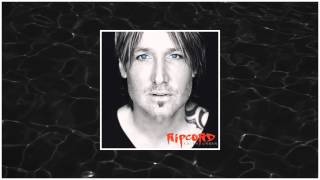 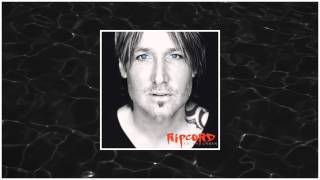 Rolling Stone
3 stars out of 5 -- "[I]t does commit to modern rhythms throughout, with Urban's virtuoso picking on six-string banjo locking in with steady basslines and ticking drum tracks to fuse the rootsy precision of bluegrass with the uplifting persistence of EDM."
Entertainment Weekly
"[Best] is "The Fighter," a duet with Carrie Underwood which hasn't a hint of country but which has just enough synth-pop pluck to become a pan-genre smash." -- Grade: B-

As something of an outsider to Nashville, Keith Urban has the latitude to experiment, an opportunity he seizes with 2016's Ripcord. The album's very title suggests he's diving into the great wide open and he makes no attempt to disguise the record's heavy hip-hop and electronic influence. "Sun Don't Let Me Down," a collaboration with Nile Rodgers featuring a verse by Latin superstar rapper Pitbull, is merely the culmination of all these inclinations, a move Urban hinted at with the rolling loop propelling the album's lead single, "John Cougar, John Deere, John 3:16." Given how contemporary country has shifted in the years following 2013's Fuse -- the party-hearty swagger of bro country is in decline, replaced by the flexible R&B rhythms of the likes of Sam Hunt and Brett Eldredge -- Urban's shift is not only adventurous, but commercially savvy. It also suits his style, which always threads subtly modern, mass appeal moves into a country pop that's never beholden to Music City conventions. Despite the presence of such sturdily constructed songs as "Blue Ain't Your Color" -- a 12-bar slow dance that could've been a hit back in the '50s -- Ripcord relies on songs that push at the borders of modern country, often qualifying as pop by any other name. That's not true merely of "Sun Don't Let Me Down," whose Pitbull cameo may scare away listeners who knew Urban long before he starred on American Idol: "Gone Tomorrow (Here Today)" zooms along on a neon highway and "The Fighter," a duet with Carrie Underwood, feels like an updated spin on '80s Urban Cowboy. All throughout Ripcord, the electronic elements are at the forefront and foundation, but it's to Urban's credit that this never feels desperate or pandering: it's a smooth, logical progression that makes his music feel sleek and mature. ~ Stephen Thomas Erlewine

Elvis Presley / Royal Philharmonic Orchestra
If I Can Dream (CD)
$12.70
Add to Cart