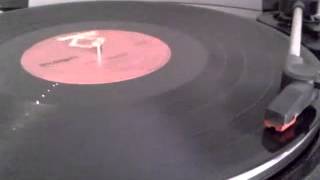 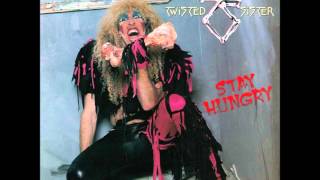 Motley Crue may have been the glam metal kings of the '80s. But, for a while at least, Twisted Sister gave them heated competition. While the Crue and their L.A. cohorts (Ratt, Dokken, etc.) were dead-serious in their approach, Twisted Sister's music and videos always contained an element of humor-something most bands of the era sorely lacked. 1984's STAY HUNGRY was Twisted Sister's double-platinum breakthrough, its popularity spurred by the imaginative (and hilarious) videos for the hits "We're Not Gonna Take It" and "I Wanna Rock."
The Long Island-based Twisted Sister built a solid following, gigging constantly since the early '70s and riding on the strength of such albums as UNDER THE BLADE and YOU CAN'T STOP ROCK N' ROLL. All of which set the band up for STAY HUNGRY. Singer Dee Snider proved to quite an intimidating figure, bedecked in garish make-up and transvestite gear, and his outspoken personality carried Twisted Sister's songs and stage-show. STAY HUNGRY proved to be the band's finest hour, containing such tracks as "Burn In Hell," "The Price," "S.M.F.," "Horror-Teria," and "Stay Hungry" itself. Unfortunately, Twisted Sister was unable to sustain such success, and the band broke up only a few years later.