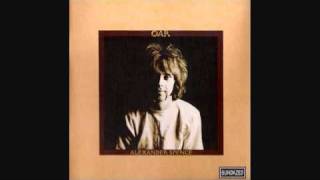 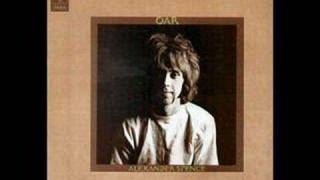 Rolling Stone - 4/11/02, p.108
Ranked #38 in Rolling Stone's "50 Coolest Records".
Rolling Stone - 9/20/70, p.37
"...anarchic in conception but somehow holding onto form and rhythm in execution...OAR presents some of the most comfortable music I've ever heard..."
Rolling Stone - 8/5/99, p.66
4 stars (out of 5) - "...Genius and madness coexist brilliantly on OAR's deceptively still waters. This sonically faithful and lovingly documented reissue will only further its legend."
Spin - 10/91
Highly Recommended - "...psychedelic blues...the sound on this reissue is magnificent...OAR has long been one of America's truly exceptional musical experiences..."
Magnet - p.114
"The album's just-left-of-normal folk/country compositions and tragicomic ruminations demonstrate how deeply the damage had already been done..."
The Wire - 9/99, p.56
"...As a devolution of pop forms into haunted madness....it's unique...OAR is the sound of a dark night of the soul, but its stumbling one-man-band overdubs and half formed tunes make it very hard to listen to....The good news is that this latest reissue restores the foggy original mix...and a few of the songs are really lovely..."
Dirty Linen - 2-3/00, p.82
"...an unusual album...[It] does as much to capture the sound and soul of the raggedy, revolutionary 60s as much as any other recording of its time....an unfinished work from an unfinished life."
Mojo (Publisher) - p.72
"[The album] wrests baroque plaintiveness from Spence's darkest recesses."
Mojo (Publisher) - 3/01/04, p.52
Included in Mojo's The 67 Lost Albums You Must Own! - "This proto lo-fi document was uncomfortably at odds with everything else at the time..."
Mojo (Publisher) - 9/99, p.118
"...Oscillating between biblical apocalypse, looney tunes humour, therapeutic release, and 'sincere belief'...OAR is nothing less than a spiritual and psychic journey....[It] remains as fresh as the moment when it was recorded..."
Mojo (Publisher) - p.50
Ranked #29 in Mojo's "The 50 Most Out There Albums Of All Time" - "Skip drifts through psych, blues and folk, like some forlorn hobo phantom, forging a lost and desolate beauty..."

Solo performer: Alexander Skip Spence (vocals, various instruments).
Engineers: Charlie Bradley, Mike Figlio, Don Meehan.
Recorded at Columbia Studios, Nashville, Tennessee in December 1968.
Includes liner notes by David Fricke, Greil Marcus and Jud Cost.
Digitally remastered by Ken Robertson.
The late Alexander Spence, also known as Skip Spence, was in two of the best American West Coast bands of the '60s, Moby Grape and Jefferson Airplane. After a bout with mental illness, Spence recorded OAR for Columbia Records. The album is a wonderfully quirky journey that only a product of the American '60s could have produced.
Spence played all the instruments on this album and drew freely from the root genres that made up the foundations of mid-'60s rock--blues, folk, gospel, ethnic--in order to weave a tapestry that sounds like Lightnin' Hopkins crossed with Pink Floyd's Syd Barrett (his British counterpart). OAR is an eerie, fractured, and harrowing work that's driven by its own inner logic. The album also has quite a following. In 1999, Robert Plant, Beck, Tom Waits and Flying Saucer Attack contributed their versions of its songs to a tribute album, MORE OAR.

Authentic Music of The American Indian
$5.98 on Sale
Add to Cart
(5)