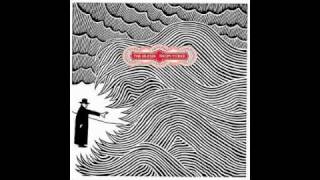 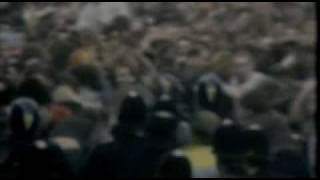 Rolling Stone - p.95
4 stars out of 5 -- "Yorke's voice has never sounded so fragile; his melodies have never sounded so mournful....Something different, something we haven't heard before."
Rolling Stone - p.107
Ranked #34 in Rolling Stone's "The Top 50 Albums Of 2006" -- "The sound recalls KID A's quiet glitch-tronic moments, in disarmingly straight-forward verse-chorus-verse tunes."
Spin - p.75
3 stars out of 5 -- "[T]his is his most personal, confessional work. Call it a blog with beats -- low on guitars and high on abstract expressive moodiness."
Spin - p.58
Ranked #28 in Spin's "The 40 Best Albums of 2006" -- "THE ERASER pulls off a neat trick, making the dour almost danceable and weighty weirdness not only palatable, but impossible to turn away from."
Entertainment Weekly - p.78
"[T]he overall mood is austere and claustrophobic....THE ERASER cultivated uneasiness with snaky melodies..." -- Grade: B-
Q - p.110
4 stars out of 5 -- "Yorke is in fine, soulful voice...relishing its sound as much as his words. THE ERASER has him firing on all cylinders."
Q - p.125
Ranked #17 in Q Magazine's "100 Greatest Albums of 2006" -- "THE ERASER was a low-key, unassertive, largely electronic reminder of Yorke's winning way with song textures..."
CMJ - p.4
"He's crammed the album with swirling pianos, sampled drums and even his own voice as a chordal backing instrument....It sounds remarkable."
Mojo (Publisher) - p.86
4 stars out of 5 -- "THE ERASER showcases Yorke's ability to shape-change in all its peerlessness....THE ERASER plots a new course for becalmed electronica..."

In 2006, with little advance word, Radiohead frontman Thom Yorke unveiled his first solo album, THE ERASER, much to the surprise of many of the band's fans. Given that Yorke is the literal voice of the beloved British rock ensemble, these nine songs, produced by Nigel Godrich, don't depart too much from Radiohead's moody, electronica-tinged sound (i.e. KID A, AMNESIAC, HAIL TO THE THIEF), but they do prove to be more intimate, sometimes recalling the hauntingly spare "Rabbit in Your Headlights," Yorke's collaboration with DJ Shadow on U.N.K.L.E.'s PSYENCE FICTION. Like that tune, much of THE ERASER is awash in somber piano lines and minimal beats, as on the dreamy opening title track, while "The Clock" runs on skittering, tightly wound loops. Though there are up-tempo moments on the record, the overall atmosphere is melancholy and sometimes flat-out ominous, qualities that are hand-in-glove with Yorke's achingly plaintive voice and often bleak lyrics. Enhanced by the beautifully illustrated artwork of Stanley Donwood, THE ERASER isn't just music for a rainy day, it's the perfect counterpoint to a thunderstorm.

Liars
They Were Wrong, So We Drowned
$10
Add to Cart