Get email alerts for Katie Gately
Available: Usually ships in 3-5 business days
Only 4 copies left
Add to Cart
Add to Wishlist
Format:  CD
sku:  72DHF
Related products:
Mitski: Be The Cowboy for $17.30
Our customers love us! 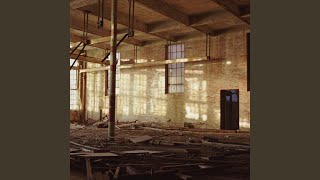 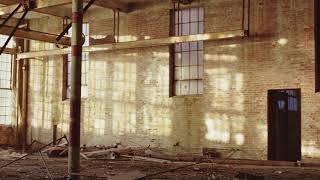 Loom wasn't the album Katie Gately planned to make -- it was the album she had to make. When her mother was diagnosed with a quick-moving and terminal form of cancer, Gately returned to Brooklyn to care for her, setting aside another album's worth of music to pour her grief and anger into the tracks that became her second full-length. Instead of writing songs that tell listeners about her loss, Gately uses all of her brilliance as a sound designer to engulf them in the experience. She knows exactly how to manipulate sounds -- earthquakes, rattling pill bottles, her own voice -- to embody grief's physicality as well as its emotional impact. In the process, she generates a visceral reaction that resonates on an almost cellular level. On "Waltz," Gately pays homage to "Take This Waltz" by Leonard Cohen (her mother's favorite artist) by distorting its one-two-three beat into a heavy, sickening lurch. "Bracer," a ten-minute epic Gately salvaged from her unfinished album that was her mother's favorite piece from it, provides Loom's unsettled and unsettling heart. As it staggers from seismic drums to surprisingly whimsical woodwinds to glitching electronics, it captures the hallucinatory intensity of fearing, and waiting for, the inevitable implied in the album's title.
Loom also suggests connections, however, and Gately expertly unites the different strands of her music over the course of the album. "Ritual" harks back to early works like 2013's Pipes with its massive layers of vocals, while its emotional directness recalls Color's experimental pop. On each of Loom's tracks, Gately blends ancient-sounding melodies with avant-garde production, all of which she weaves together to vividly express every possible vantage point of her loss. She's the cancer itself on "Allay," singing "I am running through your streets in circles" in a piercing tone that sounds equally mocking and sinister; "Tower" is a battle song that portrays cancer-fighting medication as huge drums that marshal the body's forces to fight. Most poignantly, on "Flow" Gately sings from her mother's perspective over radiant drones, delivering a beautiful vocal that's gradually swept away by echoes. Loom's smaller pieces are just as impressive as its major statements: Gately draws on the nearly sacred feel that's informed her music since the beginning with the spectral vocal textures of "Rite." This mood becomes more complex on the haunting "Rest," which closes the album but, wisely, doesn't attempt to provide closure. A stunning achievement, with Loom Gately beautifully honors her mother as well as her commitment to uncompromising music. ~ Heather Phares

Fred Anderson
Back at the Velvet Lounge (Live)
$14.80 CD Sale
Add to Cart