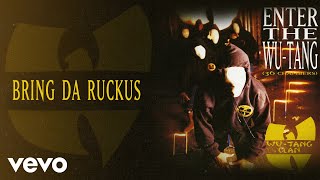 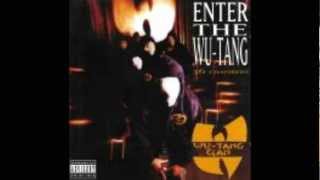 Wu-Tang Clan: Prince Rakeem "The RZA" (rap vocals, programming); The Method Man, U-God, Rebel Ins, Shallah Raekwon, Ghost Face Killer, Ol' Dirty Bastard, The Genius "The GZA," Masta Killa (rap vocals).
Additional personnel: The 4th Disciple (scratches).
Recorded at Firehouse Studio, New York.
The Wu-Tang Clan seemed to come out of nowhere when they released their first independent single, "Protect Ya Neck." To the industry's surprise, it sold over 10,000 copies and enabled this conceptually innovative crew to land a deal with RCA. ENTER THE WU-TANG (36 CHAMBERS) is the first effort to "take you on" the full "lyrical high" of the Wu-Tang--eight "killer bees" who stem from that forgotten borough of New York City, Staten Island.
Prince Rakeem "The RZA" may dominate the loosely-based group's production chamber, but the success of the Wu-Tang should be credited to all. "Clan In Da Front" gives The Genius (aka "The GZA") the opportunity to prove to critics of his former solo career that he's far from played out. To the liking of many hardcore ruffnecks, "Shame On A Nigga" unites the Clan's most distinctive vocalists, Ol' Dirty Bastard, Method Man and Raekwon The Chef; and fellow members Inspector Deck, Ghost Face Killer and U-God join forces on the album's highlight, "Da Mystery Of Chessboxin'." Both cuts prove the Wu-Tang to be the most lyrically diverse rap group on the streets today.
The Clan's alliances in the hip-hop community have already brought about crazy recognition to their brother-artists (The Gravediggaz, Shyheim aka The Rugged Child, Method Man's solo work), showing that the Wu-Tang's influence can be found in both the studio and the market-place. So, while they may have been dissed in previous incarnations, the Wu-Tang Clan understand that power comes from unity and that their's is far-reaching; or as they put it, "we form like Voltron."

15%off
Outkast
Southernplayalisticadillacmuzik
$23.70
Add to Cart

53%off
Queen Latifah and the Original Flavor Unit
$7.98 on Sale
Add to Cart