Two of comedy's greatest masters appear together in this effervescent and irreverent slapstick about a couple of regular guys trying to cash in on the end of Prohibition. 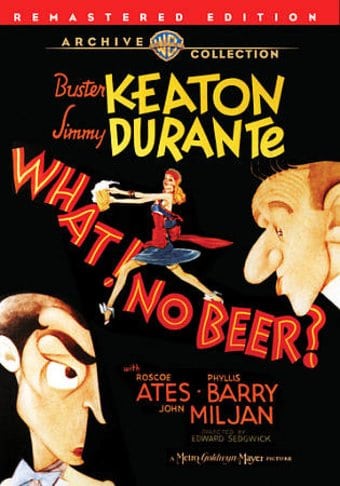 Two of comedy's greatest masters -- Buster Keaton and Jimmy Durante -- appear together in this effervescent and irreverent slapstick about a couple of regular guys trying to cash in on the end of Prohibition. Durante is a barber who talks Keaton, his dim-bulb taxidermist buddy, into spending his life's savings on a brewery. Determined to be first, they start making beer before Prohibition is actually over. That makes their "competition" bootlegging thugs -- something they didn't count on! Then, Buster falls for one of the gangster's molls, the cops get into the act, and Keaton and Durante have to figure out how to get out of the beer business before they're done in!

An idea-a-minute barber talks his dim-bulb taxidermist buddy into investing in a defunct brewery. They intend to become beer barons by cashing in on the repeal of prohibition, but instead they attract the attention of bootlegging gangsters and the cops.