Get email alerts for Megadeth
Available: Usually ships in 2-5 business days
Only 4 copies left
Add to Cart
Add to Wishlist
Format:  CD
sku:  ZENG 98624
Related products:
Megadeth: So Far, So Good...So What! [Bonus Tracks] for $9.98
Megadeth: Countdown to Extinction for $13.60
Anthrax: Among the Living for $6.98
Megadeth: Greatest Hits: Back to the Start for $10.98
Anthrax: Persistence of Time for $10.30
Our customers love us! 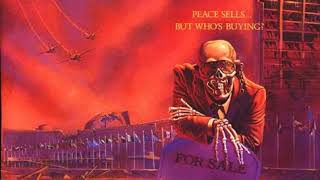 29%off
Megadeth
Countdown to Extinction
$8.49 CD Sale
Add to Cart

Megadeth
Killing Is My Business And Business I
$27.60
Add to Cart