Get email alerts for Roger McGuinn
Currently Out of Stock: We'll get more as soon as possible
Notify Me When Available
Add to Wishlist
Format:  Vinyl LP
sku:  6ARQ3
Our customers love us! 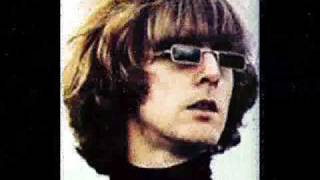 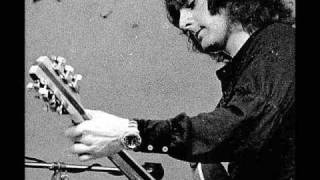 Personnel: Roger McGuinn (vocals, guitar, harmonica, Moog synthesizer); David Crosby (vocals, guitar); Gene Clark, Spanky McFarlane (vocals); Jerry Cole (guitar); Buddy Emmons (steel guitar); Charles Lloyd (saxophone); Spooner Oldham (piano, organ); Bruce Johnston (piano); Chris Etheridge, Chris Hillman, David Vaught (bass); Michael Clarke, Jim Gordon, John Guerin (drums); Hal Blaine (tambourine, percussion); The Jimmy Joyce Children's Chorus.
Recorded at Wally Heider Studio # 4, Los Angeles, California. Originally released on Columbia (31946). Includes liner by Jud Cost.
Roger McGuinn's 1973 self-titled solo debut was in most respects a breath of fresh air after the final days of the Byrds, in which the group was floundering in directionless mediocrity. In a sense, it's a back-to-basics album that emphasizes much of what McGuinn does so well: his forceful reedy vocals, his guitar playing, and his skills at both writing earnest folk-rock material (usually with future Bob Dylan collaborator Jacques Levy here) and interpreting unusual traditional and contemporary songs. Never was it folkier than on the acoustic "I'm So Restless," which benefited from harmonica by Dylan himself (about whom the song was partially about). All four of the other original Byrds play on "My New Woman," which is virtually a reunion of the original quintet, with the addition of saxophone by jazzman Charles Lloyd; David Crosby makes unobtrusive cameos on some other tracks. As likable as it is, however, the album isn't an unqualified triumph. Some of the songs aren't so hot, some of the Moog synthesizer (by McGuinn) is unnecessary, his vocals sometimes seem to have been recorded with too much brittleness, and none of this is as good as the best of the Byrds. Unexpected influences make themselves heard in the Beach Boys harmonies of "Draggin'" (with Bruce Johnston of the Beach Boys on piano and backup harmonies), the Vietnam blues of "Hanoi Hannah," and the gospel-rock of "Stone." ~ Richie Unterberger