Hell Up in Harlem R

Black Godfather is back... and there's gonna be hell up in Harlem! 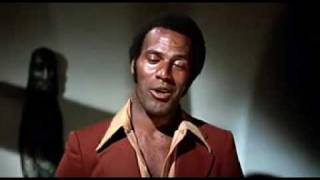 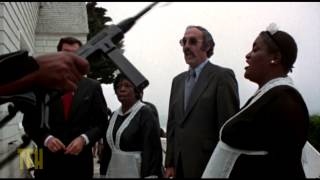 Larry Cohen on HELL UP IN HARLEM (Featurette)

Fred Williamson (Original Gangstas) is Tommy Gibbs, a fearless, bulletproof tough guy who blasts his way from the gutter to become the ultimate soul brother boss when he steals a ledger with the name of every crooked cop and man in the city. Enlisting the aid of his father and an army of Harlem hoods, Gibbs goes from defense to offense, launching a deadly attack on his enemies that sets off a violent chain reaction from Harlem all the way to the Caribbean, climaxing in one of the hottest turf-war shoot-outs in Hollywood history.

In this sequel to BLACK CAESAR, Tommy returns to Harlem with a burning desire to regain control of the rackets. Seeking revenge, he rebuilds his organization and takes over again as king-pin. When he tires of the east coast he moves west. He is then betrayed by his men and Tommy returns again. This time the message is clear - there's gonna be hell up in Harlem.

In this sequel to "Black Caesar," the eponymous character of that film (aka Tommy Gibbs), seeks to regain his position as the head honcho of the Harlem mob. Although it's a bloody war, Tommy makes it back to the top. But he must watch his back at every turn, as numerous people want to overthrow him -- including his closest associates...