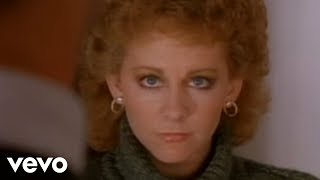 Producers: Norro Wilson, Harold Shedd, Jimmy Bowen, Reba McEntire.
Some tracks on this disc are AAD and some are DDD.
Each video is personally introduced by Reba McEntire.
Personnel: Reba McEntire (vocals).
Liner Note Author: Robert K. Oermann.
Photographer: McGuire.
Reba McEntire's first collection of hits on MCA Records draws entirely from the beginning of her string of Top Ten hits in the mid-'80s. Greatest Hits cover her singles from 1984, 1985, and 1986 and features nearly every Top Ten hit she had, including the number one hits "How Blue," "Somebody Should Leave," "Whoever's in New England," "Little Rock," "What Am I Gonna Do About You," and "One Promise Too Late." ~ Stephen Thomas Erlewine