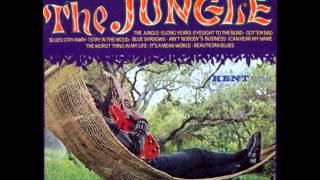 Liner Note Author: Denise Lewis.
This isn't as straightforward an anthology as you might suppose from the title. Yes, it has King singles released on Kent between 1958 and 1971. King, however, left Kent in 1962, after which the label continued putting out singles from the tracks he had done with the company; often, these singles charted. Therefore, all of the material on this CD is from the late '50s and early '60s -- not that this is a drawback. Furthermore, some of the singles were produced by altering the original recordings with newly dubbed instrumentation. Ace has made some judgment calls and, in many instances, used the original undubbed versions, although in the case of "Worry, Worry," the overdubbed single version is used. As for the different versions that were omitted due to these judgment calls, Ace promised, upon the 2000 release of this compilation, that all missing sides would eventually be issued on other Ace CDs. Having gotten all that straight, this is a good collection of King's late-'50s, early-'60s material. It includes some of his signature tunes, like "Why Does Everything Happen to Me," "Rock Me Baby," and "Sweet Sixteen (Pts. 1 & 2)," not to mention his crunchy version of "Eyesight to the Blind," the Sonny Boy Williamson song whose lyrics were later adapted by the Who in Tommy. King's arrangements were getting jazzier by this time, often employing horns, although they were still somewhat rawer than the ones that would bring him crossover success by the late '60s. It may be unpopular to note that this, like many King compilations, isn't the most diverse listen, and 25 songs at once might be more than enough. At the same time, for King fans, of which there are many, it probably isn't enough. ~ Richie Unterberger