Enigma The Screen Behind the Mirror 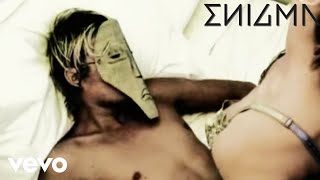 Enigma: Elisabeth Houghton, Sandra Cretu, Ruth-Ann, Andru Donalds, Michael Cretu (vocals); Jens Gad (guitar).
Recorded at A.R.T. Studios, Ibiza, Spain.
Personnel: Michael Cretu (vocals, guitar); Ruth-Ann, Andru Donalds (vocals); Jens Gad (guitar, baritone guitar).
Recording information: A.R.T. Studios, Ibiza, Spain; A.R.T. Studios; Ibiza; Spain.
There is a certain other-worldliness to the musical landscapes created by the artist also known as Michael Cretu. With Enigma, he is known for pioneering the synergy of traditional and world music with dance and electronica. Cretu's craftwork could be described as having taken ground broken by Tangerine Dream and adding mystic spirituality.
"The Gate" opens dramatically with a classical-sounding chorus, then sliding into a combination of spoken and hauntingly sung vocals. Disguised as a modern pop song, "Push the Limits" does just that with powerful orchestration. "Camera Obscura" fuses Renaissance-era chorale with a pulsing dance groove and vocals that are played backwards. The results are almost beyond description. Lyrically, THE SCREEN BEHIND THE MIRROR incorporates contradictory metaphors, shadows of Eastern philosophy, and overtones of enlightenment. In a realm of endlessly derivative modern music, Enigma successfully draws upon many cultures and eras for a sound that is above all else, unique.