Enigma The Cross of Changes 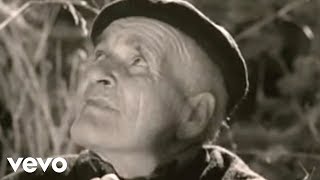 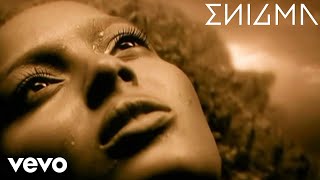 Enigma: Michael "Curly MC" Cretu (vocals, various instruments, programming).
Additional personnel includes: Louisa Stanley (vocals); Jens Gad (guitar).
Recorded at A.R.T. Studios, Ibiza, Spain.
Personnel: Michael Cretu (vocals, programming); Jens Gad, Peter Cornelius (guitar); Sandra Cretu, Louisa Stanley, Angel (background vocals).
Recording information: A.R.T. Studios, Ibiza, Spain.
On THE CROSS OF CHANGES, Enigma delves into the mystic with a musical fervor that transcends sampling technologies and popular dance beats. THE CROSS OF CHANGES is a serene yet supremely sensual musical synthesis that might best be characterized as new age hip-hop. Enigma's worldwide hit MCMXC A.D. was notable for, among other things, its use of Gregorian chants as samples in a heady techno mix, which inspired such delirious interest in this ancient music that The Benedictine Monks Of Santo Domingo De Silos are currently enjoying their own Top 10 hit--CHANT.
With THE CROSS OF CHANGES, Enigma's auteur Michael Cretu has merged a series of chants and simple devotional lyrics into a smooth techno-psychedelic wall of sound that is, in contemporary terms, a synthesized flipside to the techno-pop dance grooves of groups like Ace Of Base. Apples and oranges? Certainly, but both groups do employ texture and repetition to particular advantage in a pop context. However, where Ace Of Base finds nirvana in the incantory rhythms of reggae and the classic textures of old-fashioned analog synthesizers, Enigma extracts their hypnotic rhythms and textures from a variety of Eastern sources--at times evoking the ghosts of fellow mystics Pink Floyd, Brian Eno, Kraftwerk and Tangerine Dream.
In celebrating the libidinous ambivalence of "I Love You...I'll Kill You," Cretu mixes whispered female vocals (Barry White, anyone?), distant electric guitar swells and synthesizer washes, with snippets of non-Western reed and percussion instruments (such as Indian tabla drums, which carry the groove like a Fender bass). THE CROSS OF CHANGES proceeds less like a series of loosely connected pop songs, and more like a dream suite, all candles and incense, quasar blips and dimly lit rooms.