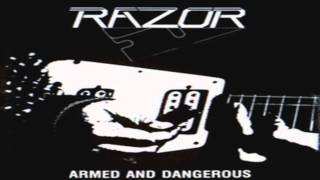 Bootlegged numerous times over the years, the legendary "Armed And Dangerous" EP from 1984 is now officially being re-issued by High Roller Records including the band's pre-production demo for the record as precious bonus tracks. "Armed And Dangerous" was an early statement or direction of where metal music was heading at the time," state Dave Carlo and original bassist Mike Campagnolo, "or at least the direction we wanted to take. It blended the classic metal sound with a more Thrash/Speed quality. Considering the time and money constraints we had as a young band it turned out okay."