Harlow plays musical star Mona Leslie, the bride of a champagne-stewed blueblood. When he blows his brains out, Mona is suspected of his murder, igniting a media frenzy. 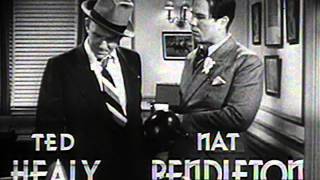 By 1935, every movie fan in the world knew Jean Harlow as both a blonde bombshell and a delightful comedienne. To expand her range, the studio gave her a dramatic role in Reckless -- and Harlow was a hit. She plays musical star Mona Leslie, the bride of a champagne-stewed blueblood. When he blows his brains out, Mona is suspected of his murder, igniting media frenzy.

The film is also notable for its Jerome Kern-Oscar Hammerstein title tune (Harlow, whose considerable skills didn't extend beyond acting, was dubbed and body doubled in the musical numbers), plus a cast that includes Franchot Tone, Rosalind Russell, and as a hotshot promoter, William Powell, who would become the last love of Harlow's tragically short life.

This musical, romantic melodrama stars Jean Harlow as Broadway showgirl Mona Leslie, who has two men in her life. The first is sports promoter Ned Riley; the second is handsome young millionaire Bob Harrison. After a smooching session at a theme park, Mona elopes with Bob. But Bob is still in love with his former fiancée and kills himself when she marries another man-- in the same room with Mona and Ned. Soon the now-pregnant widow and her and her one-time paramour are facing murder charges. Will Mona be able to clear their names and keep her child'

Victor Fleming (GONE WITH THE WIND, THE WIZARD OF OZ) carries bombshell Jean Harlow through this singing, dancing romantic drama. As Broadway showgirl Mona Leslie, Harlow is dumped in jail for reckless driving, but sports promoter Ned Riley (William Powell) bails her out just in time for her benefit performance for SAML, which turns out to be the Society for the Admiration of Mona Leslie. The society's membership is limited to one--millionaire Bob Harrison (Franchot Tone). Even though Mona has already won the heart of Riley, she agrees--with Riley's acquiescence--to go on a date with Harrison. Then Mona and Harrison elope, and Riley finds himself left out in the cold. The couple's relationship seems doomed from the outset, however. Harrison's father considers Mona an inappropriate match for his son, while Bob himself discovers that he still loves his former fiancée. When the newlyweds have a big fight, he, feeling depressed and trapped, commits suicide--while pregnant Mona and Ned are in the room. Charged with murder, Mona must clear her name, fight for custody of her child, and woo back an offended audience in order to resume her life.