Hell holds no surprises for them. 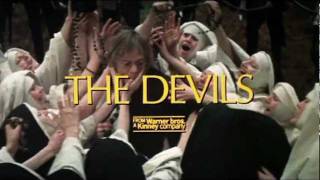 In this heralded French terror classic by director-screenwriter Henri-Georges Clouzot, the wife of the headmaster of a school for boys tires of his violent treatment of her, along with his philandering, and teams up with his mistress (Simone Signoret) to drown him and make it appear as a suicide. When the body goes missing and sightings of the supposedly dead man are reported all over town, the two mismatched women must uncover what happened to the body before it's discovered what they've done. Upon its release, Clouzot urged all who saw the film not to reveal its surprise ending--- one which still stands as one of the original "shock" endings. The restored version includes 16 minutes of recently found footage.

Prior to Hitchcock's Psycho, this adult terror classic by French screenwriter-director Henri-Georges Clouzot was considered the most frightening and artistic horror picture ever made. Hitchcock admitted an artistic debt to Clouzot in many ways, including borrowing his practice of insisting that no one be admitted to the theatre, once the film began. Adapted from the source novel, CELLE QUI N'ETAIT PLUS, by Pierre Boileau and Thomas Narcejac, the setting is a provincial boys school. The school is run by the dictatorial Michel Delassalle and his gentle, brutalized wife, Christina, who has a heart condition. If she dies the school will belong to him. Delassalle is openly having an affair with a teacher, Nicole Horner, and has taken to beating her as well. Together the two women plot to murder Delassalle. After the two women drown him in a bathtub, and drop his body into the school's swimming pool, all is calm until the pool is drained and his body can't be found.

Carnival of Souls
$10
Add to Cart

Strangers on a Train
$12.60 Super Savings
Add to Cart