It takes two to make it … The big two. 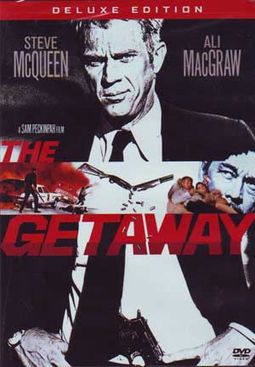 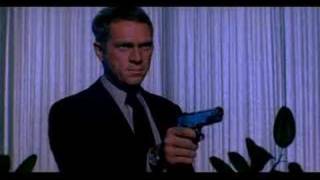 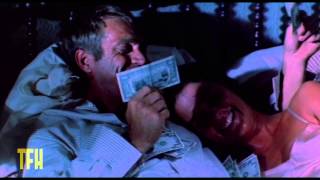 Larry Karaszewski on THE GETAWAY (Featurette)

"'The Getaway' was my first attempt at satire, badly done."
- SAM PECKINPAH

After the rugged rodeo drama JUNIOR BONNER, the impetuous Sam Peckinpah reteamed with Steve McQueen for this down-and-dirty heist picture. McQueen stars with his soon-to-be real-life bride Ali McGraw (with whom he fell in love during the film's production) as the beautiful, but dangerous, married couple Doc and Carol McCoy. After being released from prison--for reasons Doc would rather not acknowledge--Doc shacks up in a hotel with Carol to plot a small-town bank robbery. Of course, the heist doesn't go as smoothly as planned, resulting in an action-packed journey that sends the lovers on a reckless romp through the beautiful Texas landscape.

Peckinpah's big screen adaptation of Jim Thompson's novel features the trademark qualities that helped to make him such an alternately reviled and revered figure: namely, his vision of a world in which even the good guys are bad guys. Lucien Ballard's gorgeous cinematography contrasts wonderfully with the gritty subject matter, lifting the potentially standard picture to a more artistic plateau. The chemistry between the incomparably cool McQueen and the magnetic McGraw also confirms THE GETAWAY's status as a defining film of the genre.